Charlie Herrick grew up in Connecticut. His father was a professor of history at the local university, who wrote a book about American naval history. Charlie says he has two brothers and two sisters, but for some reason he was the only one in the family interested in horses.

“I had your standard backyard horse,” says Charlie. “I loved taking care of him and riding all day. It was about all I was interested in.”

After high school, Charlie headed off to college at the University of Northern Colorado in Greeley. He took basic studies, and after two years was thinking about doing something different. “I got a job doing construction,” says Charlie. “I liked it, but when a chance came up to be a welder, I took it. Then, I decided to go to University of Maine to become a farrier. After that, I headed to New Mexico to shoe horses.”

Next, Charlie met Mike Freeman, a renowned trainer of racehorses and a member of the Aiken Racing Hall of Fame. Charlie signed on as a groom and when Freeman’s operation made its annual pilgrimage to Aiken, Charlie found himself in tow.

“I loved Aiken,” says Charlie, who worked his way up to being an assistant trainer

While living in Aiken, Charlie got to know a lot of people. One of them was Marilyn Riviere, who owned a number of properties in town. Marilyn mentioned that she had a place that she thought would make a good horse business, and offered to rent it to Charlie. He took her up on the idea and started boarding and selling horses. The business introduced him to Lydia Rose, and the two were soon married. They had two children, a son who now is involved with food services in Charlotte, and a daughter who lives in Detroit where she works improving communities. 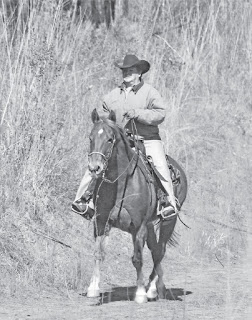 In the early 1980s, Charlie and Lydia founded a new company, Aiken Tack Repair. At first, the business operated out of a mobile store in the back of a pickup truck. Then it moved into a building on Park Avenue.

“What we really wanted to do was create a grocery store for horses.” So Aiken Tack became Aiken Saddlery, a hardware/grocery/tack store, for horsemen and their horses. “I was delivering bags of feed to several large accounts in the Aiken area,” continues Charlie. “When I was dumping the feed into large bins for my clients, I noticed how different it looked from bag to bag. This sent me on a path to discovery. What should horse feed look like? What should it contain? What could be done to produce it locally here in Aiken, South Carolina, and make it better all the way around?

“Then I started Banks Mill Feed, and it became my dream come true. It’s the perfect kind of operation for me.” Charlie spent several years working closely with grain suppliers and nutritionists. He collaborated with Kentucky Equine Research to formulate a selection of feeds designed to help horses stay healthier and to help solve problems related to colic, EPM and various soundness issues.

“What we found was evidence that horses fed high fat, low starch feeds do much better in high heat areas. Horses do better with a lower percentage of protein than what was being offered. We worked very hard to make a feed that would be right for everyone’s horses, no matter what discipline they were involved with or the age of the horse. Immediately, I discovered a need to custom-blend feed with recommendations from veterinarians on a case-by-case basis.

“What I also found was, it was not a lot harder to make clean feed,” Charlie continues. “Large manufactures buy huge amounts of products to mix into feed. They store them in open warehouses, where rats, bugs and dirt can become part of the feed you are buying and then feeding to your horses.”

Quality control is much easier for a small operation like Banks Mill Feed for several reasons. One is that the man actually making the feed has been doing it for almost 20 years. Another is that all the grains and supplies come in and are stored for a very short time in sealed, small silos. Finally, before anything enters a feed bag, it goes across a shaker screen where any hulls, dirt, or unwanted parts are eliminated. The Banks Mill Feed plant in Aiken can produce up to 400 bags of feed a day. The feed is distributed in North Carolina, South Carolina and Georgia. 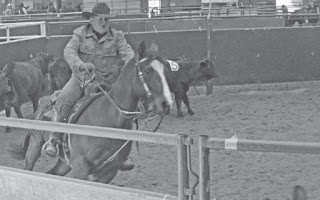 Charlie is passionate about his business, and equally enthusiastic about all types of horse sports, and he has tried many. Once settled in Aiken, Charlie discovered polo. “I fell hard for the sport,” he says. He played for over 25 years with and against some of the greatest players the game has ever seen. He made a name for himself in the sport during the first decade of the 21st century when he ran the annual Aiken Polo Pony Sale. Charlie also foxhunted: he was one of the founding members of Whiskey Road Foxhounds and he hunted regularly with the Aiken Hounds.

Most recently, Charlie has been involved in Western sports. He started out with competitive trail riding, and he is now very involved with team penning, which he says is one of the fastest growing sports around. “It’s a very humane sport for the cows and is attracting a huge following of riders from all ages and both sexes,” he says. Seeing a need for more competitions, Charlie and his friend, the horse trainer Eddy Braxton, formed a group called Sorting USA which holds regular events and practices in Edgefield. “The sport is growing like a wildfire, not just in Aiken or the South but everywhere,” he says.

Charlie Herrick has been in Aiken for almost four decades and has seen the horse world here grow and diversify. His own business has also flourished, giving horse people in Aiken the opportunity to buy locallymixed feed that they can depend on. Charlie promises that freshness, high quality, and scientific nutritional value are the cornerstones of the Banks Mill operation. “I guarantee it,” he says solemnly.

The trotters are in behind the gate, and heeeeeere they come!

A field of three horses trots up behind the moving starting gate at McGhees’ Mile on Banks Mill Road in Aiken. This is the eighth and featured race of the day, the Ken Hardin Memorial, and these horses know their jobs. The earlier races had mostly green 2-year-olds, and few of the other horses racing today have ever made an official start. The horses for this race, by contrast, range in age from 3 to 7 and have raced anywhere from seven to 40 times. The greener horses were pulling slower jog carts. These horses are hitched to sulkies, commonly referred to as race bikes. 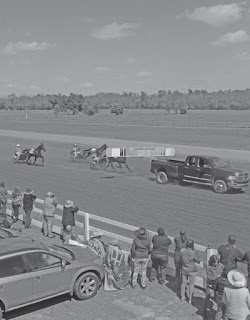 “Things are gonna get serious!” promises the announcer, Roger Huston, as the gate car pulls away and the horses start trotting in earnest. He is right – the horses fly over the red clay as Huston calls off the fractions: opening quarter 29 and 4, (“I told you they were gonna get serious); the half at one minute flat (“They’re even getting more serious,”) three quarters at 1:31 and one fifth.


“Into the stretch they come . . there’s no doubt about this one . . . Flashy Cash showing his heels to the field!” The final time, two minutes and three fifths of a second, isn’t any kind of record, but is certainly respectable for horses at an unofficial training track in South Carolina.

This day, March 28, marks the comeback of the McGhees’ Mile Standardbred races, which were once an annual tradition. Originally, the races were the third event of the Aiken Triple Crown, three consecutive Saturdays of horse sports that include the Aiken Trials for young Thoroughbreds and the Aiken Spring Steeplechase, which is an official race meet on the National Steeplechase Association calendar. But there have not been enough Standardbreds at the track in recent years to hold the races here, and so the Pacers and Polo match took over as the third leg of the Triple Crown back in 2004. Although the polo match retains its place in the Triple Crown, the harness horses have returned, and it looks as though they are here to stay.

“We’re happy,” says Janis McGhee, who owns the track along with her husband Bruce. Janis estimates that as many as 1,200 people came out to picnic railside and cheer on the horses and drivers. “It’s more people than what I expected this time,” she continues. “My kids and I put a lot of work into this . . I really have to give credit to the kids. They worked from morning until night. If it wasn’t for them we couldn’t have done it.” The McGhee sons, Bruce and Matt, also enlisted their girlfriends to help. One daughter, Jessica, who is in veterinary school, came down to help out on the weekends along with her son. It was a family event from start to finish. 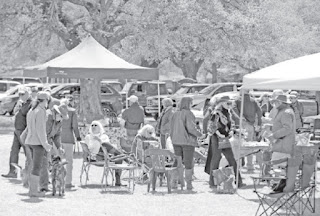 Although the races have an informal atmosphere, there is nothing amateurish about them. The drivers and trainers are professionals, and include Kenny Edwards, who races and trains in Ohio. This is the second winter that Edwards and his family have come to train in Aiken for the winter. His wife, Beatrice, says they came to Aiken for the mild weather, and so that Kenny wouldn’t be tempted to race in Ohio through the bitter cold months. “If we weren’t here, he’d be racing at Northfield Park right now, where it’s snowing,” she says.

The announcer, Roger Huston, is among the most well-known professional race announcers anywhere. He normally announces at the Meadows in Pennsylvania. Every September, he is the voice of the Little Brown Jug in Delaware County, Ohio, a pacer’s equivalent of the Kentucky Derby. Huston, who is known simply as “The Voice”, has been announcing for 56 years. 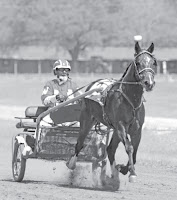 “I’ve announced 169,000 races at 134 different race tracks in eight countries – Finland, Norway, Sweden, Wales, Ireland, Australia, Canada and the United States,” he says. “I love to announce races and I love to go to new places. This is the first time I have ever been to Aiken and I hope they invite me back.”

The races are a success by every measure, and if this day is any indication, harness racing is coming back as one of Aiken’s equestrian disciplines. Spectators certainly enjoyed themselves.

“This is exciting, it’s wonderful,” says one spectator, Elliott Levy, who is the former director of the Aiken County Historical Museum. “It’s something that really belongs in Aiken and it demonstrates the diversity of the equine community here. It’s another element that makes Aiken so unique.” Elliot points out that there are two other equestrian events going on today, Pacers and Polo and the Aiken Horse Show in the Woods.

“Every place is drawing crowds,” he says. “The worst part about Aiken is trying to decide which horse event to go to – you can’t go to all of them!”