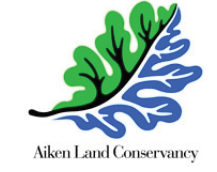 The Aiken Land Conservancy recently added three pieces of property to the real estate it is protecting from development with conservation easements. They include a 6.4-acre plot in Aiken's Horse District that is owned by Scott Riviere.

“I love how diverse the three are, but even though they are different, they are all equally important to us,” said Katie Roth, who is the conservancy's executive director.


The properties won't be open to the public because their owners chose to keep them private.

The acreage in the Horse District is located near the Winthrop Polo Field, which is owned by the conservancy, and the Clark Barn, which is protected by a conservation easement.

There are horse paddocks, but no buildings, on the land that Riviere donated.

“What a privilege, for me, to place a conservation easement upon this property that preserves scenic views in an area important for its cultural and historical context,” Riviere said.

The largest of the newly protected properties is a 278-acre tract that a Ridge Spring landowner donated. It has significant frontage on the South Fork of the Edisto River.

“It is mostly woods, and it is an absolutely beautiful piece of land,” Roth said. “There are a lot of different migratory birds that pass through there.”

The Edisto is the longest free-flowing black water river in North America.

The third newly protected property is a 34-acre area at Three Runs Plantation, a residential equestrian community that has more than 30 miles of trails. The plot provides a buffer between the Lower Border Trail and the Savannah River Site. It also provides a buffer for Three Runs Creek, which is a tributary of Cedar Creek, a major watershed in Aiken County.

The addition of the three pieces of property raised the number of acres protected from development in Three Runs Plantation to 175.

“All the land we have there (under conservation easements) is all on or right next to Three Runs Plantation's trail system,” Roth said. “That makes a difference to the people who live there, because now they know those trails are always going to be there. They use them (the trails) all the time for riding horses and walking.”

Founded in 1991 and formerly known as the Aiken County Open Land Trust, the conservancy has preserved more than 2,000 acres of land. The organization owns nearly 600 acres of that property, according to its website.

Dede Biles is a general assignment reporter for the Aiken Standard and has been with the newspaper since January 2013. Article originally posted Tuesday, April 1, 2014 6:11 p.m.

Like so many horse people who come to Aiken, Paul and Caroline Swart are thrilled to have found such a horse-loving and welcoming community. The couple, originally from South Africa, first heard about Aiken when they saw an advertisement for the equestrian community, Three Runs Plantation, in a national horse magazine many years ago. They were living in Bend, Oregon at the time. They had horses that they boarded, and they thought living in an equestrian community sounded very attractive. A few years ago, they decided that they had survived enough Northwest winters to last a lifetime, and they were ready to make a move.

"We're from Africa," says Paul. "So we always wanted to live where it was warmer and first looked in California, but it was too expensive. Then we thought about Aiken and about Three Runs. There was nowhere out there quite like it, where you can buy in a horse development and be surrounded by other horse people."

So the next time Paul was on a business trip to the East Coast, he scheduled an excursion to Aiken. While in town, he toured various equestrian developments and properties for sale, but in the end it was still Three Runs that spoke to him most convincingly.

"I drove around and I said to myself, this could work. We wanted something manageable, five to 10 acres, where you can ride with other people. I travel a lot, and I wanted Caroline not to have to ride on her own while I was gone."

"We came back together," says Caroline. "Paul had already picked out this lot, based on an oak tree on the property."

"It was the biggest oak in the development," continues Paul. "We love trees."

The Swarts bought the lot and contracted Cooper Home and Stable, a local builder, to build them a barn and attached apartment, all designed around the stately oak that they admired. It happened very quickly. By last October, their new place was ready for them. They sold their house in Oregon (the sale happened the day before they left), packed their two horses, two dogs and four cats into their horse trailer with living quarters, and made the trek across the country. Today, they are settled in Three Runs with their menagerie. Caroline has a Friesian horse named Zanzibar and is dressage enthusiast. Paul has a South American warmblood, Eros, and is looking forward to competing in eventing.

Paul and Caroline make up a growing demographic of international horse people who now call Aiken home. The international flavor they bring to the area is intensified by the fact that they are professionals in the tourism industry, operating their own company, Natural Migrations, form their new home base.

Natural Migrations specializes in photographic and horse safaris to southern eastern Africa. Paul is a former professional wildlife guide, while Caroline worked in lodges in the African tour industry. They came to the United States about 15 years ago when Paul was hired by a Houston-based tour company to do marketing and sales. Then, eight years ago, they decided to strike out on their own and formed their own company. The Swarts work closely with tour operators in Africa, notably with Wilderness Safaris, one of the foremost ecotourism companies on the continent. It is important to them that their company support conservation, wildlife and the African people, all while affording travelers an experience of a lifetime.

"Tourism will be the savior of wildlife in Africa, I have no doubt," says Paul. "What we do is based in the ecotourism model. The local communities near wilderness areas previously saw the wildlife as food, and there were terrible problems with poaching. But now, companies like Wilderness Safaris have educated people that if you protect the wildlife, it's there forever. People will come to see it; you will get jobs; you will get an income. The attitude is changing."

Wilderness Safaris, which was founded in Botswana in 1983, has two main conservation arms in addition to its safari company. One of these the Wilderness Safari Trust, has been involved in such things as reintroducing endangered rhinoceros herds into the Okvango Delta is Botswana. (The Swarts donated a vehicle to this project so that the rhinos can be monitored in the wild.) Another initiative is Children in the Wilderness, a program that provides local children in rural Africa with educational and training opportunities in the tourism industry.

"Fifteen years ago, safari companies came in and made all the money for themselves and the local communities saw no benefit," says Paul. "Now, the companies pay a few to the community where they operate their camps and concession fees go to schools and other services. It's a system that has worked well. The focus has really changed for travelers, too: people want to feel good about going to Africa and contributing as well. Our company is concerned about conservation and about the communities where we operate. We want to support companies that take care of the land and the people.

"We custom design safaris," he continues. "People give us their interests and their budget and we put it all together for them. There are different kinds of trips - everything is designed around what people want."

Horse safaris are more popular with Europeans than with Americans, but people from any country who try horse safaris say there is nothing like them. On a typical riding safari, travelers will stay in camps ("under canvas") out in the wilderness, either making day trips from a base camp, or traveling from one area to the next. The tents can be quite luxurious and the food is good. But the main attraction is the chance to be so close to the wildlife. There will typically be two rides a day, each taking the guests to see something different.

You might encounter elephants (Paul says the big bulls are okay, but you should steer clear of breeding herds with babies), and even leopards and lions. Most of the time, these predators will run away when they see you, but Paul says that if you do encounter a lion on horseback, it would be a mistake and you would turn and go the other way. The horses don't like the lions, and become quite nervous when they smell them. The lions might like the horses a bit too much.

There is, of course, some danger in all of this, but Paul says that the outfits that they choose have excellent safety records, which is one reason that they do not offer any bargain-basement horseback riding tours.

"Some of the more affordable trips are ones you don't want to go on," he says. "We care about how they look after the horses, and we make sure they have a good safety record." A couple of times a year, Paul or Caroline will take one of their own tours to ensure that everything is up to snuff.

What kind of person would be suited to a horseback safari?

"You do have to be a good rider," says Paul. "And they will evaluate your riding when you get there to make sure that you will be safe. You need to be relatively fit, because you go out on four-hour rides. And you need to enjoy wildlife."

Paul and Caroline say that they have never marketed their company aggressively and most of their business comes to them by word of mouth.

"I have yet to meet the person that comes back and says 'we had a lousy time'," says Paul. "Everybody just loves what we do."

Although they have been in Aiken for just a few months, they say that they already have a number of local people who are interested in making a trip with their company. Because many of their safaris are to places where the number of tourists is limited (another nod to conservation), prudent travelers are planning these trips early.

"We are already selling 2016," says Paul, remarking that the North American market is growing. "People should know that this kind of trip is available. For most of our clients, if it is the first time they go, they are totally in awe of being in Africa. When they go a second or third time, they might want a trip that is a little more tailored to their own interests. That's one of the advantages that we offer, that we can tailor a trip and custom design one for you. It's a fantastic thing to do - it can be an experience of a lifetime."

This article is copyrighted and first appeared in The Aiken Horse. It is reprinted here by permission.
Posted by Three Runs Plantation at Monday, February 17, 2014