Is it in Our Future?

Anyone who has been around the Aiken horse world recently knows that people have been talking about building an international horse park here. The discussion got started in earnest after an open forum with consultants from Tourism Development International in early 2009. The representatives from TDI came to South Carolina to advise the state’s Department of Parks, Recreation and Tourism about the best ways to promote tourism. After their visit, they submitted a plan for the Scenic Savannah River Region that included the creation of horse park. The goal (according to their report)was to "provide a major focal point in South Carolina's equestrian corridor, to reinforce Aiken's standing as the capital of the State's equine sector and to strengthen South Carolina's claim to be a premier center for horse-based activities and events."

The horse park idea took hold at the Greater Aiken Chamber of Commerce, where the newly established Equine Support Council made the project a priority. Although their main official goal has been to investigate whether such a park should be built and, if so, how and where, their general view is that a horse park would probably be a good thing. They say a horse park will increase Aiken's equestrian prominence and prestige, bring new events, visitors and jobs to the area, promote the equestrian industry as a whole and ensure a bright future for horse events. They also point out that development is inevitable, and it may as well be development that supports horses and horse activities.

Just what is a horse park? Generally speaking, a horse park is a large facility designed to hold equestrian events. It is often state funded and supported, or it is supported by non-profit organizations, or some combination of the two. The least ambitious horse parks might be as small as 20 or 30 acres and have an arena or two. The most ambitious horse parks include facilities for eventing, polo, combined driving and endurance, steeplechase courses, multiple rings and stables, as well as nature preserves, hotels, conference centers and even golf courses.

The best known of these facilities is the Kentucky Horse Park in Lexington, which is the site of the Rolex Kentucky CCI**** three-day event and of last year’s World Equestrian Games. The Kentucky Horse Park was built as a working horse farm and educational theme park in 1978, and has become the national capitol for American equestrian activities. In addition to its extensive show and event facilities, it showcases retired champion horses from several disciplines and has a museum that attracts over a million tourists a year. It is also the site of the National Horse Center, an office park that houses the national headquarters of over 30 equestrian organizations, including the United States Polo Association, the United States Dressage Federation and the American Saddlebred Horse Association.

Closer to home, the Georgia International Horse Park in Conyers, just outside Atlanta, was built on about 1,400 acres of city-owned land in the 1990s for the equestrian events at the 1996 Olympic Games. It has stadiums, arenas, a steeplechase course, picnic areas, a golf course and a world-class mountain biking trail. Other horse parks in the South include the 250-acre Carolina Horse Park in Raeford, N.C. (just outside of Southern Pines) which holds recognized horse trials and combined driving events as well as regular shows and the annual Stoneybrook Steeplechase. There is also the 500-acre Florida Horse Park in Ocala, which holds various shows as well as three-day and combined driving events.

The closest horse park to Aiken is the South Carolina Equine Park in Camden, about 85 miles to the east. The SCEP (formerly the Camden Equestrian Center, a private horse show facility) is owned by Kershaw County and run by the South Carolina Equine Promotion Foundation, a non-profit group that has run the facility since September 2009. The SCEP comprises 40 acres and has two show rings, two schooling areas and nine barns with 290 stalls. The SC Equine Promotion Foundation is in the process of securing funds, both public and private, to buy more land and expand the park’s facilities. Some of the main goals include building an indoor arena, doubling the number of stalls and adding a covered cow ring.

Aside from promoting horse sports and preserving green space, horse parks proponents say they are also good for the local economy, generating many millions of dollars in direct and indirect spending. The Carolina Horse Park estimates that its annual economic impact is $1.5 million. The Florida Horse Park says it generates $15.1 million annually. In Conyers and surrounding Rockdale County, Georgia, the site of the Georgia International Horse Park, $109 million was brought in by tourism in 2008. Spokesmen there estimate that 75% of this was related to the horse park. Steve Beshaer, who is the Governor of Kentucky, announced recently that last year’s AllTech FEI World Equestrian Games had an economic impact of more than $201 million.

Before a horse park can make a significant economic impact on the community, the community usually has to prime the pump by paying for the park in the first place, as well as by supporting its day-to-day activities. Generally speaking, horse parks are not profitable in themselves. The Kentucky Horse Park, for instance, is subsidized by the state, which spends $1.6 million a year to help with operating expenses, as well as millions of additional dollars in facility upgrades and repairs. Some horse parks break even with the help of generous donations. Some are funded through industry-specific taxes, such as taxes on horse feed that are earmarked for the promotion of equestrian activities. Some are supported by other programs – Florida's Discover Horses license plate, for instance, which raises money for the Florida Horse Park.

Despite the fact that horse parks tend to need regular outside financial help, they are still seen as "green" ways to promote the economies of areas with significant horse populations. Their construction has been recommended in various places around the U.S., but they have not always been welcomed with open arms. For instance, in Rockingham County, N.C., consultants recommended the construction of the 160-acre "Horse Park of the South" in 2004. A feasibility study was conducted and the plan was approved. Initially, the park was projected to cost $10 million. Then the estimate rose to $13.3 million. In 2010, Rockingham County residents learned that the projected cost had soared to $22.3 million. According to the Greensboro News and Record, this caused an uproar. Anti-horse park protestors, some boo-ing and carrying signs, packed the Board of Commissioners meeting in Reidsville in April 2010. They brought along a guest speaker: Katherine Truitt who is the director of the Virginia Horse Center in Lexington, Va. Ms. Truitt told that crowd that although her facility is booked every weekend and draws 400,000 people a year, it still operates at a $600,000 a year deficit and is burdened by a $11 million loan.

Should Aiken be the site for a horse park? There are still many questions to ask, and many to answer. 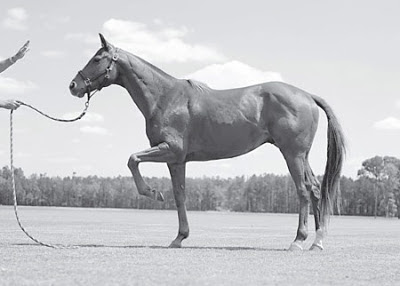