An Inside Look at Top Dressage Show Management

Learn what keeps some of the country’s largest showgrounds ready for competition. 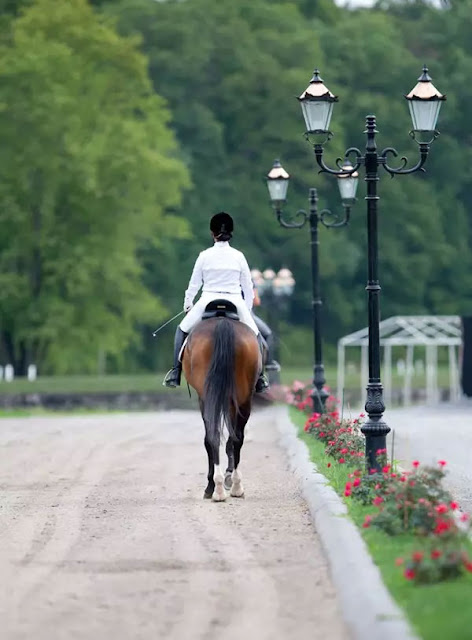 When you travel to a dressage show for the day or weekend, do you ever wonder what is behind keeping the grounds show-ready? With the cost of high-end footing and the amount of thought that goes into keeping horse and rider safe, it’s no wonder there are only a handful of world-class facilities available for international-level competitions (CDIs). Here are some of the costs and challenges faced by the country’s largest facilities.

Footing is one of the largest investments a showground can make. Dianne Boyd is the U.S. Equestrian Federation (USEF) Show Manager at Dressage at Devon (DAD) and manages a number of shows at other facilities. “In general, footing and stabling are the two most expensive components of maintaining a show facility,” she says. “The footing needs to be maintained at least twice a day, weather permitting. Drags may be required more often, depending on specific show requirements [like a regional championship or CDI]. Footing also needs to be prepped before the show management arrives, and this can involve dragging and watering over several days before show setup.”

Although DAD rents the Pennsylvania-based showgrounds, it is responsible for the new footing that has gone in over recent years. Lori Kaminski, president and CEO of DAD, believes that if a showground is going to stay competitive, it must keep its footing up to standards. In 2010 and 2011, DAD replaced the old sand footing in both main arenas with state-of-the-art EuroFelt. After that work had been completed, new USEF rules for footing stated that all CDI horses must be able to warm up on the same footing on which they will be competing. Fortunately, through many generous donations, DAD was able to raise the estimated $300,000 it took to replace the footing in the warm-up arenas to bring it up to the standard of the others.

Glenda McElroy, of Cornerstone Event Management in California, runs many dressage CDIs at public facilities on the West Coast. “Footing is an ongoing issue at most public facilities because so many different types of horse shows want to rent the facilities, and they all have their own requirements for footing,” she says. “While I don’t have to keep up the grounds, many times I do have to pay to tractor and level the ground and then pay to add footing.”

Tenants and owners of showgrounds agree that in order for dressage shows to be successful, the footing must be up to par. “Proper footing is a wonderful investment,” says Ginny Rattner, owner of DevonWood Equestrian Center in Sherwood, Oregon, home to Dressage at DevonWood, one of the largest dressage competitions in the Northwest. “We want our show attendees to know there is no safer place for you and your horse. We haven’t had suspensory problems or other troubles related to poor footing. And we never lacked for attendance even at the worst of times.”

Rattner found a new footing product for her state-of-the-art dressage facility that came from Germany. Even with shipping costs of $45,000, the footing was more cost-effective than if it had been produced in the United States. “In Germany the product is subsidized, helping to make the cost to the end-user less,” explains Rattner. “This was a tried-and-true product [used at the 2008 Olympics] that consists of wall-to-wall rubber matting underneath a layer of sand and geotechnical material. Devonwood was the first American facility to use the product in two of our arenas. It takes terrible abuse without watering, and the ring holds level without much grooming. We spent $100,000 five years ago.”

Fifteen years ago, Rattner was introduced to an ebb-and-flow footing concept while in Aachen, Germany. Once again, she opted to use the model at DevonWood. “The system consists of conduits and pumps that line the arena and keep the water level consistent,” she says. “If it rains, the excess water is drained to the level it needs to be. If the weather is dry, the water isn’t released. It’s like walking on the sand right near where the waves recede back into the ocean. If you go too far into the dry sand, it’s strenuous on your knees and ankles; same if you go too far into the water. This system keeps the constant consistency.” The showground has this system in two rings, including a large arena used for FEI-level competition. The cost was $60,000 per arena, but has lasted 15 years. “We maintain our rings every six months. They are all laser-leveled by an excavator that grooms and aerates the rings. The cost is $500 each time.”

Thomas Struzzieri is the president and CEO of HITS, Inc., the largest hunter/jumper horse-show management company in the United States. In recent years, the Saugerties, New York, location has been rented for dressage events, including international CDIs. Struzzieri admits that there are challenges to running such large show facilities but the benefits far outweigh them. 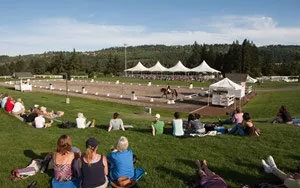 “I’ve owned my show facilities for the past 15 to 20 years,” says Struzzieri. “Being the owner means I control the footing, the schedule, the stabling and everything else that comes with being a show manager. It’s everything I love about my job. Some of the bigger challenges for any facility owner are the maintenance of the grounds, the permanent stabling [HITS facilities have 1,100 permanent stalls], taxes, water and sewer bills—things that many folks who rent showgrounds don’t need to consider. Of course, footing still prevails over the cost of most everything else. It’s the lion’s share of our capital expenditures—I’d say 75 percent,” he explains. “Proper footing is a moving target. We’re constantly reassessing to keep it the same or better. We’ve successfully done this at Saugerties—having the dressage shows renting the grounds is evidence of this.”

While footing remains the largest expense, showground owners and managers face many other issues. In fact, when asked what is the biggest threat to showgrounds today, folks agreed that it’s infectious diseases. “Frankly, I’m terrified of that,” admits Rattner. “We are diligent about keeping our ear to the ground and knowing what is happening. During the herpes outbreak, we didn’t hold shows. We always keep the walls of our stalls sterilized and remain proactive to prevent any problems.”

Struzzieri agrees, noting that not only are the horses’ lives at risk but also the livelihoods of many trainers. “If a disease like equine herpes spreads, we would all lose weeks, if not months, of income. We must have a proactive program with stringent standards set up to protect everyone involved.”

The cost of maintaining an equestrian-use-only facility is another looming problem. “The business model does not have a good profit margin, and most facilities have difficulty covering their operating costs with just equestrian events,” says Boyd. “This low-profit/high-cost model also makes it difficult to acquire and develop new facilities without significant government or donor support.”

Sadly, the threat of being sued is another concern. “We are a litigious society, so we need to protect ourselves,” says Struzzieri. “We [HITS] use the top insurance firms, make sure our grounds are properly maintained and pay attention to the size of the shows, making sure they are appropriate for the particular showground. This helps prevent accidents from happening.”

While many have seen increases in insurance rates, Rattner hasn’t and believes that proper planning has played a large part in this. “Our insurance costs truly haven’t changed much over the years. If anything, they’ve dropped some because we’ve had a great track record for safety. We have planned for everything, from stabling to parking, and have a great relationship with our insurance provider. Prior proper planning has allowed us to cover everything and keep everyone safe.”

In the end, those involved with keeping showgrounds ready for the next event agree that there is no better feeling than seeing everyone enjoy their day. “It’s fascinating to me how well-run the dressage shows are,” says Struzzieri. “There are so many volunteers and competitors who care deeply about the sport.”