Aiken has long had a reputation as a place to train young horses. It has not, however, always been considered a great place for horse breeding. Until fairly recently, most of the horses training in Aiken were actually bred somewhere else. Ask an American horseman where the best place is for breeding, and the first response will probably be Kentucky. Virginia and Maryland may not be far behind. There are many people who will tout the advantages of upstate New York, Pennsylvania, various parts of Colorado, Texas and even Florida. Aiken is unlikely to make the top-ten list.

That is changing, however, driven by the recent influx of year round horsemen. In earlier times, Aiken’s equestrian world tended to be seasonal. Horsemen from colder parts of the country came down for the winter, bringing their horses with them to train in the mild climate. When spring came, they returned home, taking their horses with them. If they had a breeding program, they would arrive back North just in time to see their broodmares foal out at home. They would spend the summer watching their foals cavorting on rich summer pastures. It is little wonder that these horsemen did not consider breeding in Aiken. If they did, they would not have been around to see their babies grow up. 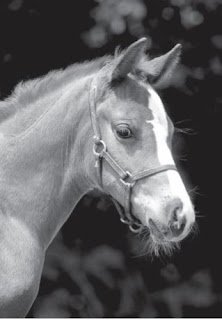 Now that so many horsemen have moved to Aiken permanently, breeding here is getting a second look and a new life. Aiken has an immense diversity of equestrian disciplines, and the foals born in the area represent that diversity well. There are polo ponies and racehorses, European warmbloods and Spanish horses, Saddlebreds and Arabians, Quarter horses and show ponies. Some of the breeders here have well-established commercial operations, while others breed a few mares a year. Still others are amateur horse owners, breeding their favorite mare for the simple pleasure of seeing her legacy carried on to the next generation.

Many of the people who breed horses in Aiken acknowledge that it has some drawbacks. The main problem people note is the quality of the summer grass, which is generally not considered to be as good as it is in Kentucky or Virginia. Kentucky in particular is famous for its lush bluegrass pastures as well as for soil that is rich in limestone, which is said to help young horses develop sturdy bones. Pasture grass in Aiken tends to be Bermuda or Bahia, which can have excellent nutritional value, but tends to be at least somewhat mineral poor, reflecting the quality of our soil. As a result, many mares and foals in Aiken will require hay, grain and supplements throughout the year, even if they are on pasture all the time.

“A lot of people get hung up on the grass,” says Del Walton, who breeds polo ponies at Walton Farm in Blackville outside of Aiken. “And yeah, I can see that. Maybe the grass isn’t as rich as it is in Kentucky or Virginia, and maybe you are going to have to feed more hay. But the grass is just one plus. I think if you add up all the plusses and minuses, Aiken is better. If you take care of your pastures here you can get the grass pretty rich. And it doesn’t get so cold here in the winter and you can plant winter grass and have your horses on fresh grass all year. In Kentucky and Virginia, it snows and you’re going to have to feed hay in the winter anyway. So the way I see it, the only benefit you have somewhere like Virginia is in the summers. The rest of the year, you’re somewhere where the land costs more, and the expense of living is more, the taxes are higher and you are far away from Florida, which is where the market is.”

Another relatively new benefit to breeding in Aiken is that the local veterinary community provides an exceptional depth of talent and expertise when it comes to equine reproduction. Nearly all the latest breeding technologies are now available in Aiken, including such things as embryo transfer, which has become almost commonplace. (This is the practice of breeding a valuable mare and then flushing out her embryo to transfer into the uterus of a designated “recipient” broodmare.) Those who stand stallions at stud can do cooled or frozen semen and even ship it internationally. Embryos can be frozen to be stored for another year, or shipped across the country. Other advanced treatments for equine infertility that are available locally include ICSI (Intra-Cytoplasmic Sperm Injection), which involves removing an egg from a mare, fertilizing it, and then implanting it into (usually) another mare who will carry the foal to term. ICSI has been used to treat human infertility for a long time, and has now made its way into the equine reproduction field.

Another relatively new technology that is available right here in Aiken is genetic testing of embryos, which is often done in conjunction with embryo transfer.

“We can test embryos for genetic diseases, and remove embryos that are carrying these diseases from the gene pool,” says Dr. Sabrina Jacobs, the owner of Performance Equine Vets in Windsor. “We can test for the sex and the color, too. This allows breeders to plan their foal crop. For instance, say they are hoping to have a colt this year; through genetic testing, we can be sure that the embryo we are implanting is a colt. We might save an embryo that is a filly for another year. It means that we won’t be creating any unwanted foals.”

Considering all that Aiken has to offer, it is no wonder that breeding is becoming more common here. With so many foals being born and raised in Aiken’s stables and pastures, we thought it might be interesting to go out and meet a few of the ones born here this year, take their pictures and learn something about their stories, which is what we have done.

In the following feature, we will introduce you to four foals of 2017. They are horses and ponies of four different breeds and they will be headed in very different directions in the coming months and years. Our plan is to follow up with these foals once or twice a year to trace their progress and see how each one develops. We have no idea where this project will lead us, or if it will even work out at all. In this way, it is a little like horse breeding itself. According to the old adage, you breed the best to the best and hope for the best. We certainly hope for the best for these four foals, and for the breeders who will be investing so much time, energy and passion into their care and training.

This article is copyrighted and first appeared in The Aiken Horse. It is reprinted here by permission.
Posted by Three Runs Plantation at Friday, June 30, 2017