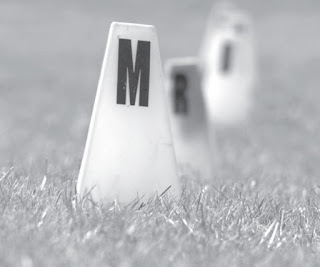 Amy McElroy is an FEI competitor, a USEF R judge, and a USEF S judge candidate. She is qualified to officiate at any USEF recognized show at all national dressage levels. She rides, trains and teaches at Fair Lane Farm in Aiken and judges between 15 and 20 dressage shows and events each year. In her popular Ask the Judge column, she answers readers’ questions about dressage.

Do you have a question for Amy? Send her an email at McElroyDRM@aol.com, or visit her website: www.amymcelroy.com.

I’m planning to enter my first FEI test this summer at a small dressage show. I am going to be riding my first ever Prix St. Georges test and I have a few questions about riding at this level.

1. Are you allowed a reader or a caller for the Prix St. Georges? I am worried that I won’t be able to memorize the test because it is long!

2. I have seen riders in Florida competing in their top hats, but I feel more comfortable in my helmet. Is that OK?

3. My horse goes better in his snaffle bridle than in the double bridle. Is this frowned upon?

4. Are there any other differences that I should know about?

Congratulations! Moving up to the FEI level is a huge accomplishment that many riders can only dream of. I’d be happy to answer all these important questions so that you will feel more prepared when you come down the center line.

1. Can you have a reader for your test: Unfortunately having your test called in the Prix St. Georges is not allowed. This is why when you observe FEI tests, you never see them being called. According to USEF Rulebook DR.122.1: “All FEI tests, must be ridden from memory.”

It is very important at this level to know your test thoroughly, mostly because you need to be careful about making errors in your test riding. The FEI Prix St. Georges Test has different error deductions than the tests at the national levels. (Training through Fourth Level.) At the national levels, you are allowed to have two errors: for the first error, there is a two point deduction; for the second four points. If you have a third error, you will be eliminated. The point deductions are taken from your total score. For example, if you earned 260 points out of a possible 380 in a national test, and you had one error, your score would then be 258. This means that your final score will go down from 68 percent (260 out of 380) to 67.8 percent (258 out of 380.)

In the Prix St. Georges test, however, you are allowed only one error: if you have two, you are eliminated. For the first error you would deduct two points from your final percentage score. Therefore, if you scored 260 points out of a possible 380 on your Prix St. Georges test and you had one error, your points do not change but your final score will go down from 68 percent to 66 percent.

So I would be sure to practice and memorize the test very well. It may look intimidating, but it is easier than you might think. The Prix St. Georges test has a nice flow and each sequence of movements is repeated in the opposite direction, giving the test a pleasing balance.

2. What about top hats? You may have seen riders competing in their top hats at the FEI Levels. But that would have been in FEI tests conducted under international rules. (There are shows that have both national and international rings going on at the same venue.) The top hat is optional at all FEI levels, Prix St. Georges included, but only at international shows. At a national show, on the other hand, you can ride an FEI test, but you may not wear a top hat: a safety helmet is now mandatory even at this level.

So, to answer your question, yes, a helmet is OK. In fact, it is your only option.

3. And your bridle? It is certainly impressive to perform a Prix St. Georges test in a snaffle bridle. This is permitted as long as you are at a national show. USEF Rulebook DR. 121.4 says: “For FEI tests ridden at national competitions, a plain snaffle bridle may be used.” I would encourage you use the bridle that will be most effective for you and your horse; your choice of bridle should not affect your score. But keep in mind that if you compete at an international show, a double bridle is mandatory at this level.

4. Other things you should know: At this level, riding with spurs is mandatory whether in a national or international show, according to USEF Rule DR.120.2.1. Although I am sure you are looking forward to wearing your tailcoat, since this is the first test where tailcoats are permissible, a short riding jacket is also allowed. (DR.120.2). Your horse must be a minimum of 7 years old to compete at Prix St. Georges. 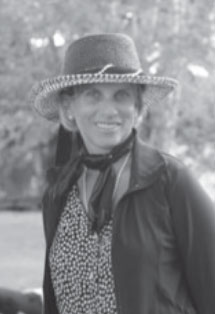 The Prix St. Georges is a fairly long test, with 26 boxes of required movements. The average horse and rider combination will complete it in five minutes and 50 seconds. The most important movements in the test are those with coefficients of two. These are: the trot half pass, left and right, the collected walk, the extended walk and the canter pirouette, left and right. Be sure you have these movements down, because mistakes here can be costly, not only for the movement itself, but also in the collective marks.

I hope I was able to answer your questions and give you insight into your advancement to the FEI Level. Good luck on your first Prix St. Georges test!


This article is copyrighted and first appeared in The Aiken Horse. It is reprinted here by permission.
Posted by Three Runs Plantation at Thursday, October 06, 2016