A Passion for Excellence

The Evolution of Stable View Farm

Story and Photography By Pam Gleason 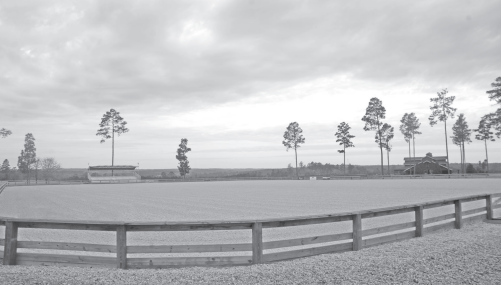 In September 2016, Stable View Farm will hold the first ever Advanced Level horse trials in Aiken. Although Aiken County has been a premier destination on America’s eventing map for almost two decades, none of the existing competition venues have had Advanced courses. Stable View, which held its own first horse trials in the fall of 2014, is rapidly becoming an eventing destination in its own right, as well as a significant contributor to Aiken’s equestrian world. Not only that, the owners, Barry and Cyndy Olliff, are exploring ways to allow their farm to reach its full potential as something more: a place that will help integrate Aiken’s horse world into the local community and be a vital element in securing a more vibrant future for the city.

The Olliffs, whose full time home is in Pennsylvania, have owned Stable View for five years. Cyndy is the horse person of the pair: she originally came South to go foxhunting and decided she liked the Aiken winters. Wanting a place where she could stay and keep her horses over the colder months, she had initially planned on finding a small property to buy.

But when the Olliffs saw Stable View, formerly a hunting preserve that belonged to the Sage Valley Hunt Club, they fell in love. Their original purchase was 160 acres of rolling, partially cleared woods and fields, with a spectacular main stable commanding a view over the valley. There were also various kennels and equipment barns, which have now been converted into stables and apartments.

Over the ensuing years, the Olliffs also added more living quarters for boarders and grooms, along with a home for themselves, and an international caliber equestrian training facility. There is a cross-country course, an oversized, covered arena and an outdoor arena, both with world class footing installed by Attwood Equestrian Surfaces. In the summer of 2015, they purchased 830 additional acres and got to work on the Advanced eventing course. In the fall, they broke ground on a new dressage arena. They are also working on a grass Derby field, which is being built by Shane Doyle Farm Services. Finally, they are adding more grass dressage areas as well as a long, up-hill training gallop.

It’s an immense undertaking, and one that has been carried out only after careful research and meticulous planning. It has also called upon the talents of some of the most respected names in eventing, not just in Aiken or in America, but in the world. The cross country courses have been designed by Captain Mark Phillips, the former chef d’equipe of the U.S. eventing team and an internationally respected course designer from England. The cross country fences are built by Eric Bull, whose jumps can be found at the top eventing facilities in the country. The Advanced stadium course will be the work of Richard Jeffrey, another Englishman who has created the show jumping courses at Rolex Kentucky, America’s only four-star event, as well as at the English four-stars, Burghley and Blenheim.

“With the three of them, it’s about as good as we can get,” says Barry.

Aiken’s winter colony of world class riders has been in on the development of Stable View from the beginning. Boyd Martin, an upper level rider and a member of the U.S Eventing team makes the farm his winter home. This year, his wife Silva, a Grand Prix dressage rider will also train at Stable View – the new dressage arena is being put in with her in mind. The facility has also been the location of the USEF High Performance Eventing training sessions for past few winters. 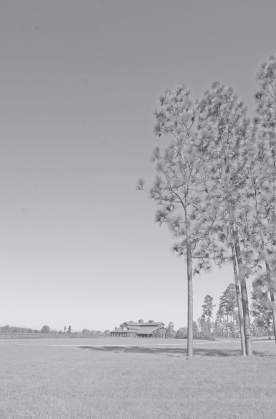 The Olliffs come to horse sports with a fresh set of eyes and a unique perspective. Barry, in particular, had little previous exposure to the equestrian world. Born in England, he is a finance professional, who admits that he is sometimes confused by the looser attitude in the horse world, where many businesses are run by people who are horsemen first and business people second – sometimes a very distant second. Barry has the opposite approach. He has an analytical mind and a keen desire to figure things out and get them right. Before making decisions, he consults the best people he can find, not just in the horse world but in academia as well.

For instance, in addition to creating their Advanced course, Barry and Cyndy are also exploring additional uses for their property. Before making any decisions, they gave three MBA students a task: conduct research on how it might work to run five different businesses at Stable View, including corporate retreats, weddings, and riding programs for people with disabilities and children who might not otherwise have the opportunity to be in contact with horses.

These are some areas that interest the Olliffs, but they are open to other suggestions as well, as long as those suggestions are in keeping with their enjoyment of the outdoors and their commitment to conservation and environmental responsibility. That commitment runs through everything that they do. For instance, when they started construction on their dressage arena this fall, they saved the 15 trees that needed to be removed to be used in the construction of jumps on the cross country course. Although this seems perfectly natural and sensible, it is not the kind of thing that is always done in this area.

Another consideration that is always at the forefront of the Olliff ’s plans is how their activities will fit into the Aiken horse world as a whole. They want to be sure that what they do adds to existing elements, rather than competing with them. Their desire to be a world class training facility is driven partially by an eagerness to make Aiken a more attractive destination, thus improving the atmosphere and economy for all of Aiken’s horsemen.

“I love Aiken,” says Cyndy. “I love everything about Aiken. What we are doing is all about becoming part of the nucleus of Aiken and doing things here that will help Aiken grow and prosper. Aiken has so much to offer – let’s do things that will bring more people here to enjoy these things. What if we could start to get the Europeans to come over here during their rainy season? This place would become a training Mecca.”

“This is the only place in the Northern Hemisphere where there is decent weather in the winter months,” adds Barry. “We have to get people from the outside in: we can’t all be introverted, even though Aiken is a great place now. We have to look ahead: what is going to happen in a decade, in two decades.”

“And if you can do that, bring in more people to enjoy Aiken, you will create an environment where the local Aiken people have jobs and don’t have to leave,” finishes Cyndy. “The kids won’t go to college and then move to another part of the country. They’ll be able to stay and continue the cycle of the community.”

The Olliffs are looking forward to Barry’s official retirement in four years, so that he and Cyndy can move down to Aiken and work at Stable View full-time. Talking to the Olliffs, you get a sense that they see the horse world as a gigantic jigsaw puzzle, and that they are excited about finding the right pieces to complete it and find out exactly where they fit. One might wonder, however, why they are working so hard on this new ambitious venture, at a time in their lives when many people might be thinking of slowing down a bit.

“I don’t want to be someone that retires and watches the History Channel,” says Barry. “I want to be active. I like it here. I found, coming to America, that I actually enjoy cutting grass. I also feel, if you are going to be active, you should do something you are passionate about.” And what is Barry passionate about?

“I like doing a good job to the highest standard,” he replies without hesitation. “That’s the simplest way to say it.”

Cyndy, who describes herself as the emotional half of the couple, says that her passion is more about sharing and making a difference for other people. “I’m about community outreach, sharing horses with the community. The idea that horses can be therapeutic, can help heal people, is something that speaks to me.” She turns to Barry. “Is that fair?” she asks.

“Yes, absolutely,” he replies. Then he laughs. “But you are also pretty picky about things being done well yourself, if you don’t mind me saying so.”

She laughs, too. “I learned that from you,” she says.

This article is copyrighted and first appeared in The Aiken Horse. It is reprinted here by permission.
Posted by Three Runs Plantation at Friday, February 26, 2016