Medical Editor Matthew Mackay-Smith answers an EQUUS reader's question about lumps around the eye and discusses careful management of sarcoids and melanomas. 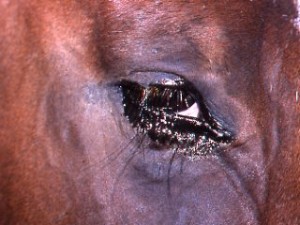 Question: A small bump recently appeared near my 1 1/2-year-old gelding's left eye. It doesn't seem to bother him when I touch it. What is it, and could it pose a problem in the future?

The key to small lumps is to watch them carefully, measure them with a ruler or caliper once or twice a year and record the size. Then, if you notice a growth spurt, you can get timely treatment to avoid disfigurement.


This article is copyrighted and first appeared in EQUUS Magazine. It is reprinted here by permission.