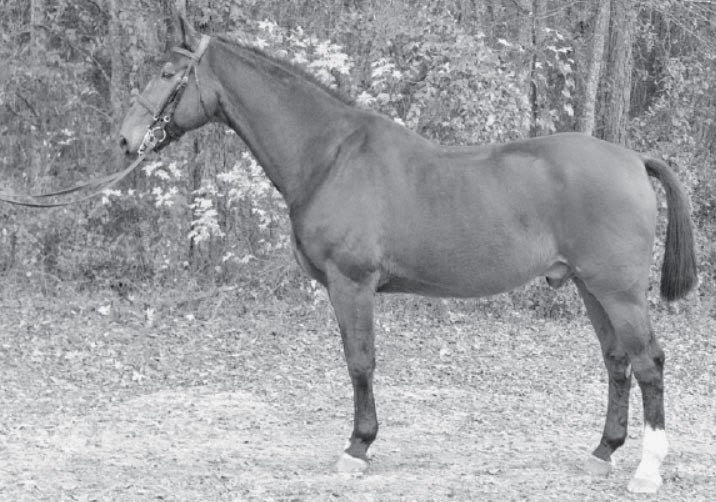 The twins Romulus and Remus may be the main characters in Rome’s creation myth, but Aiken has its own Romulus and he has four legs, not two. His owner Melanie Mitchell likes to point out that the 23-year-old gelding does have a Roman nose, but that’s his closest tie to Italy!

Although he has some gray hairs on his face, the 16.3 Westphalian shows no other signs of his age. Retired from a promising dressage career many years ago due to chronic front feet issues, Romulus was never happy without a job, so he became Melanie’s go-to lesson horse and babysitter when she moved to Johnston in 2006.

Melanie is a native Californian and it was there that she first saw Romulus. Shelley Lawder, a well-known dressage trainer, had brought him over from Europe to be her international horse.

“I will always remember the first time I saw Romulus,” recalls Melanie. “Shelley had called me to look at a Thoroughbred mare that was for sale. As I drove to her barn I saw this incredible looking bay in one of the pastures – even from a distance he had that ‘Wow’ factor. I thought to myself, ‘Why can’t I have a horse like that one?’”

Melanie did not purchase the Thoroughbred mare and it was a few months later that Shelley once again called her, with those magical words: “I have your horse.”

The horse was Romulus.

“He came up for sale due to a wide variety of circumstances,” explains Melanie. “It took several months for me to actually get him but he was everything I had wanted in a horse and more. I wanted a horse who had been well taken care of and had a good foundation as far as training went. Shelley had already shown him at Training level and done well.”

Melanie says it took her a few months to really get to know Romulus, even after reading the “Owner’s Manual” that Shelley had written for her.

One of the first things Melanie did was to take her new horse to a clinic taught by Jane Bartle.

“I entered the ring the first day with big spurs, a whip, a flash noseband and draw reins,” laughs Melanie. “Jane took a long look at us and simply said ‘We’re taking everything away and then you will learn to ride him correctly.’” 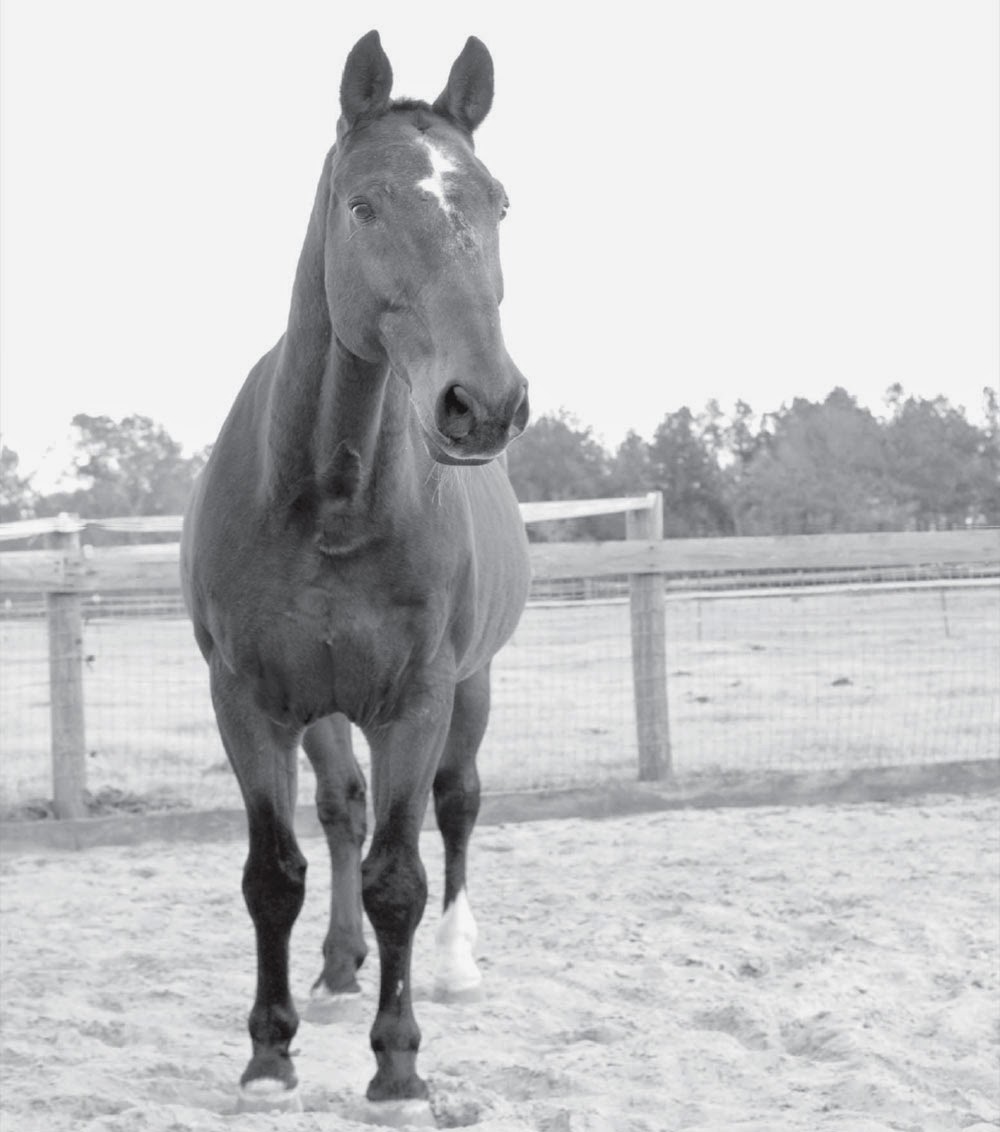 This was during the late 1990s, when Melanie was the owner and operator of a very successful dog grooming business. She had a store and two mobile grooming vans. Horses were her first love, however, and she would get up at 4:30 each morning to ride Romulus before starting her workday. It should be noted that while Melanie worked hard, overseeing a staff that groomed 100 dogs a day, Romulus spent his leisure time atop the Palos Verdes Peninsula, in a gated equestrian community with an ocean view.

Melanie showed Romulus an average of five times a year, working up to Prix St. Georges level and earning her USDF Silver Medal. Romulus was 10 when Melanie showed at Del Mar. “We did really well,” she says, “but he was unsound afterwards and that was the end of his show career, for the most part.”

“Romulus had a definite sense of humor,” Melanie continues with a laugh. “He loved to make me look foolish – for example, at Second Level he would do flying changes. When he had enough he would simply passage all the way back to the barn. It was never scary – not knowing what might come next in his repertoire – but I wish I could start all over with him now, having learned so much as a rider.”

By 2004 Melanie was getting tired of dog grooming and began looking for another career. A major door opened for her when she was hired by Charlotte Brehal-Baker, an Olympic rider, to be her assistant trainer.

Although she was riding many of Brehal-Baker’s horses and learning her training techniques, Melanie still rode Romulus when he was sound enough. She also met Nicho Meredith at this time. Nicho is a popular, multilingual horse show announcer who travels the world while plying his trade.

With California becoming so expensive, Melanie, Nicho and several horses made the move to the Aiken area in 2006. They have never looked back. They named their farm Aloha Acres, a tip of the hat to their memories of Hawaii, a favored vacation spot.

Although there are currently 25 horses that call Aloha Acres home, there is only one king, and that is Romulus. Melanie quickly realized that he needed to be given some type of job because without work he became quite depressed.

“The sandy soil really helps his soundness issues and we keep him shod,” she says. “There is no reason why he can’t work a bit and for me that means being a lesson horse as well as a confidence-booster.”

Romulus got with the program right away. One of Melanie’s clients was preparing for a show when her horse developed a hoof abscess. With three days to go, there was no way her horse would be sound before the competition, so Melanie made the decision to let her ride Romulus.

“One of the most unsettling parts of a show is the warm-up ring and all the activity – horses passing you, horses coming towards you – and Romulus really took care of this woman. He gave her so much confidence.”

The pair scored 67% and Melanie chuckles when recalling that the judge’s comments included the statement “Your horse shows excellent potential to move up through the levels.” Little did she know whom she was dealing with!

Katie Roth is another of Melanie’s clients, and she has first-hand experience of what an exceptional horse Romulus is:

“I’ll thank Melanie a million times over for allowing me to ride Romi when I was coming back from an injury and had lost my confidence. Romi took care of me and taught me so much about dressage. It’s an absolute privilege to sit on a horse of his caliber and I am grateful for all the lessons he taught me. He is a kind soul who holds a special place in my heart.”

“Romulus takes pleasure on helping riders, but he also is a good trainer,” says Melanie. “If I am giving a lesson and the rider is sitting incorrectly, he will just stop until he feels the position is right. That is priceless.”

Romulus has a simple diet of senior feed, beet pulp and timothy hay. He loves his stall and hates the summer bugs. He loves being in the mix of things, even if it’s just standing in cross-ties as an interview takes place.

“Everyone who meets him falls in love with him,” Melanie says. “They may love him, but he is my special guy, my one-of-a-kind, once in a lifetime horse.”