Mesa and Filt Bar are both into the third decade of their lives and have shared most of those years with each other and their owner Melissa Jarriel. These Quarter Horses are best friends and although they did not bring home a ton of blue ribbons from the show ring, that was never Melissa's point in owning them.

Melissa grew up in Aiken, as did her husband Brett. The couple moved to Opelika, Alabama in 1985 and Melissa bought Filt Bar two years later.

"His registered name is Filt Bar Son, but everyone in the barn had shortened it to Filt Bar, which was actually his sire's name," explains Melissa. "We always meant to rename him, but for some reason Filt Bar just stuck."

Filt Bar was five when Melissa bout him and within a few years he was showing signs of navicular disease. "He would be gimpy some days and fine on others, so I took him to the vet school at Auburn but they really couldn't find anything. It wasn't until we moved back to Aiken and had Dr. Tom Stinner look at him that he was properly diagnosed." 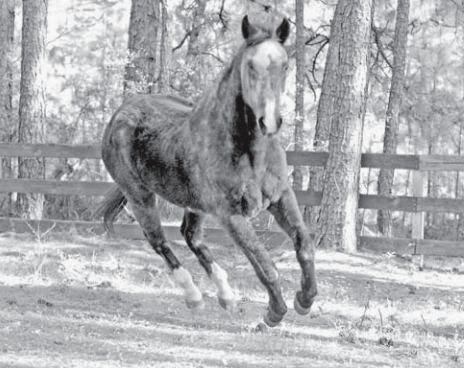 Melissa was using the gelding as a pleasure horse, riding when she had time - which was in short supply, because she was working fulltime and had also become a new mom to a baby girl name Katie in 1988. A second daughter, Beth, was born in 1990.

When the couple moved back to Aiken in the spring of 1994, Melissa was on the lookout for a second horse - one that would not only be company for Flint Bar but one that Melissa could jump and perhaps take to shows.

"Mesa was 14 when I bought her and she had been bred twice and also had been a surrogate mother to an orphaned foal," says Melissa. The mare's real name was Hart Attacker, and it was a name she more than lived up to at times!

Melissa started taking lessons and got herself a beautiful English saddle, envisioning weekends of showing.

“The show that I really remember was over in Camden. We were in a hunt seat class,” says Melissa. “Mesa really, really hated the warm up ring – all the confusion of horses coming towards her, around her, behind her… it really wigged her out. I was barely holding her together when this big horse passed us and Mesa started bucking like a bronco. I managed to stay on for a while, but it was impossible!” 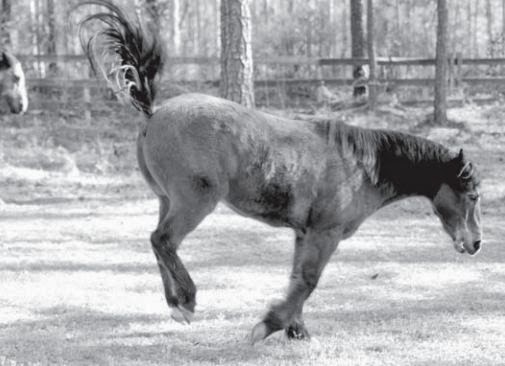 Like a trooper Melissa remounted and actually won her class, and she remembers that Mesa’s action was “very nice” that afternoon. The bronco routine must have warmed her up.

“The funniest part of the whole day was when this fellow came up to me after our class. I thought he was going to congratulate me on our victory, but instead he told me he was looking for a good bucking horse – and that Mesa ‘sure did have a good buck in her.’”

Melissa sheepishly told the man that Mesa was actually 17 years old, which shocked him.

“Who knows,” she laughed. “If the mare was younger and I had been interested in selling her she might have ended up in some big rodeo, instead of our backyard in Aiken.”

The highlight of Mesa’s show career came in 1997 when Katie, who was 9, competed her in the Aiken Horse Show.

“Katie was tall for her age – already 5’11” – so she looked like an adult in that children’s class,” Melissa said. “She had her long hair in braids to match the ones we put in Mesa’s mane – it was very cute.” 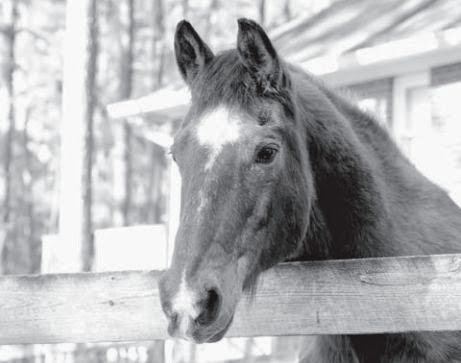 By now Mesa had grown weary of her bucking routine, so there were no embarrassing moments at the historic show ring deep within Hitchcock Woods. In fact Katie and Mesa brought home a blue ribbon.

Mesa is now 33, while Flit Bar is 32, and although they are both in good health Melissa knows that won’t last forever. 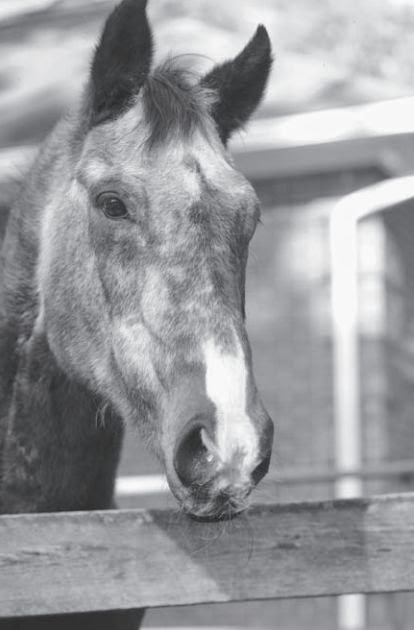 “These two are a couple – their daily routine is all about the two of them. When one naps the other stands watch, and then they switch. Mesa might be a bit lazy walking up the hill at mealtime, so Flit Bar jogs alongside of her. I can’t imagine what one would do without the other,” she says. “One time I had to take Flit Bar out of the paddock and Mesa’s eyes rolled back in her head and she fell straight over – just like the videos of those fainting goats. He never worried too much when he left though.

The Jarriels have a breakfast nook that overlooks the barn and pasture, and the horses are always in sight.

“I love watching them while I’m having my morning coffee,” says Melissa. “They have been a great part of our lives – and although I am doing a lot of dog things now, that doesn't change how I feel about my sweet old couple.”