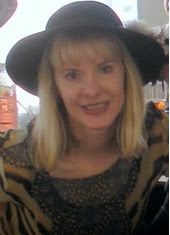 Sasscer Hill is Aiken, South Carolina's very own Dick Francis. Sasscer has authored three mystery novels, Full Mortaltity, Racing From Death and The Sea Horse Trade, which are a part of her Nikki Latrelle Horse Racing Trilogy as well as numerous mystery short stories, which are also about the sport. Sasscer's love of mysteries and experience in horse racing make her the one to write these books.

As a child, Sasscer read Nancy Drew and Sherlock Holmes series, instilling a love for mysteries within her. Sasscer also loves horses and naturally she came across Walter Farley's Black Stallion books and, in her words, became addicted to them. In 5th grade, when her teacher gave a writing assignment to the class, her classmates wrote about day-to-day activities. Sasscer wrote a scene in which an old man and a boy trailer a horse to the races in while the boy was concerned because something was wrong. After she read her piece aloud to the class, her classmates were genuinely interested and wanted to know "what happened next?" It was then Sasscer knew she had something, and says,"There is no greater compliment a writer can get that to have that question asked."

In later years Sasscer got involved with all aspects of horse racing. She was an amateur jockey, a breeder an an owner of racehorses. She has also broken yearlings, galloped horses on her Maryland farm, and ridden in amateur steeplechase races. Over 30 years of first hand experience has given Sasscer a lot of material for her books because she has seen, lived and enjoyed it all first hand. Sasscer says that for her, "Horse racing is a real inspiration for writing mysteries because of the risk, the beauty, the speed, the endless opportunities for (skulduggery), and the extraordinary upstairs downstairs quality of the characters who inhabit the life." But Sasscer was not always a writer. She and her husband used to live in Maryland and Sasscer worked for 20 years in marketing and promotions for several Washinghton D.C. associations as well as two separate academic book publishers before moving to Aiken in November of 2012.

Another form of inspiration for Sasscer are the conferences she attends, such as the Writer's Police Academy, where she has the chance to talk with law enforcement officers from the FBI, DEA, CIA, as well as county and state police. At this conference she had the opportunity to to take part in a self-defense class taught by a female under cover police officer. From this course, Sasscer gained first hand knowledge for fight scenes in her novels. On another occasion, Sasscer also took the "Shoot, Don't Shoot" course that police officers take. She was put in a dark room with a big wall screen and given an electric gun. Then she had to make quick decisions on which on-screen characters were perpetrators or innocent by-standers and then shoot the bad guys. Sasscer says they were great experiences and "ton of inspiration" for her writing.

Sasscer is currently working on a new series about female protagonist, Fia McKee, who ends up as an agent for the Thoroughbred Racing Protection Bureau and investigating suspicious low-level horses winning at long odds. Fia also gets involved with an investigation having to do with Miami's Cuban-American black market in horse meat.

If you love horses and good mystery, definitely check out Sasscer's current works and stay tuned for those are to come.

This article is copyrighted and first appeared on the Aiken Equestrian Calendar of Aiken website.  It is reprinted here by permission.
Posted by Three Runs Plantation at Friday, May 30, 2014