Life After The Track For Thoroughbreds
By Mary Jane Howell 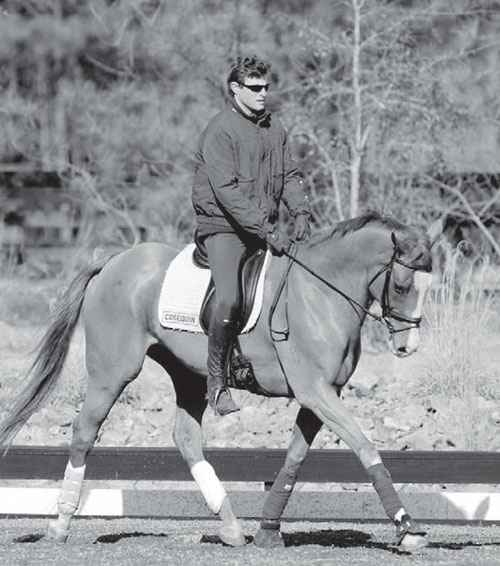 We glory in the speed of the Thoroughbred racehorse and admire his courage and stamina. Tens of thousands cheer on the Kentucky Derby winner each year, and yet too soon the applause ends. Extraordinarily successful racehorses may have second careers in the breeding industry, but these are a small percentage of the total population. What happens to the thousands of other Thoroughbreds who can no longer race is an issue that is no longer being swept under the carpet.

The past decade has seen an amazing growth in horse rescue, re-training and adoption programs for former racehorses. Thoroughbreds are once again being seen for the tremendous athletes they are, and that has opened doors to second careers in eventing, show jumping, hunting, polo, dressage, and even competitive driving.

One of the unique ways the Thoroughbred industry is helping itself is through The Jockey Club Thoroughbred Incentive Program (T.I.P. for short). The Jockey Club was formed in 1894 with the sole purpose of maintaining the American Stud Book. Nowadays The Jockey Club is involved with nearly every aspect of the racing world, including a sincere interest in what happens to horses when their racing careers are over.

Kristin Werner Leshney, who is the legal associate for The Jockey Club, made a presentation to the organization in 2009 that involved several ideas for the post-racing care of Thoroughbreds. The Thoroughbred Incentive Program came out of brainstorming sessions.

“The time was right for this type of program,” she explains. “I knew what Thoroughbreds could do if given the chance, and there were many other people in The Jockey Club who felt that the time was right for a program like T.I.P. The response has been wonderful from riders.”

“We’ve approved shows in numerous disciplines, including eventing, dressage, Western and English pleasure, and hunter/jumper,” says Kristin. More than 375 shows have been approved for 2013, including many of the events at Lara Anderson’s Full Gallop Farm here in Aiken. Horse trials at Full Gallop also offer an award for the best overall off-the-track- Thoroughbred in the event, which is determined by the lowest score. 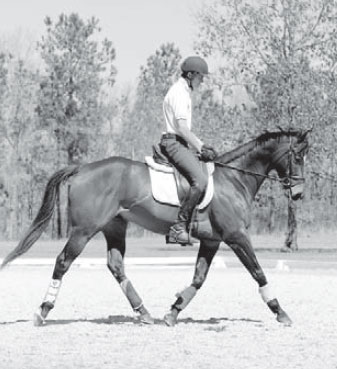 “Full Gallop has been very supportive of this program and, of course, event riders were on board from day one, since many of them were riding Thoroughbreds and were already huge fans of the breed,” Kristin continues.

More than $100,000 in prize money will be dispersed in 2013, along with ribbons and prizes, which include saddle pads, stall plaques, coolers, and halters. To be eligible for T.I.P. classes, a horse must be registered with the Jockey Club, although he is not required to have had a career as a racehorse. (See our sidebar for more information on this program.)

Other organizations are also finding ways to applaud the participation of ex-racehorses in their sport: the Masters of Foxhounds Association has recently announced that they are offering $750 in cash and prizes to a hunt member and a hunt club that uses registered Thoroughbreds who are excelling in second careers as either field or staff horses. Rood & Riddle, the noted equine hospital in Lexington, Kentucky, initiated its Thoroughbred Sports Horse Awards in 2010. These awards are given each year to Thoroughbreds participating in their second careers as performance horses in jumper, hunter, eventing and dressage competitions throughout the year. Competitors earn points towards the Rood & Riddle Sports Horse Awards at USEF-sanctioned events during the show season.

And in a world where reality television is seemingly inescapable, what could be better than a show entitled the “100- Day Thoroughbred Challenge?” It’s not an actual television show, but the concept is real. Steuart Pittman, president of the Retired Racehorse Training Program, put four ex-racehorses in training for the challenge on December 1. These horses represent four top racing/breeding farms in the Mid-Atlantic region. One of the horses is Declan’s Moon, the 2004 juvenile champion. Now 10, the gelding has been in retirement at Mike and Josh Pons’ Merryland Farm, but his owners thought he would be a good poster boy for the breed’s versatility.

Pittman and his training team are teaching the four Thoroughbreds basic dressage and jumping, and they spend plenty of time hacking across the fields that surround Pittman’s Dodan Farm in Davidsonville, Maryland. At the end of 100 days, the horses will be judged by guest riders at two Horse World Expos in Maryland and Pennsylvania, and then offered for sale – all except Declan’s Moon, who will stay with his owners.

The majority of Thoroughbreds, with the right training, have picked up their second careers without too much difficulty. There is one racing partnership that gives their horses a head start, and that is Mosaic Racing Stable. Although they don’t have a horse in training in Aiken this year, they have for the past several years. Monica Driver is the stable’s managing partner and she says the stable has two simple goals: to train horses to race and simultaneously prepare them for other disciplines.

“Our partners didn’t want to be part of racing if there weren’t plans in place to ensure the health and well being of our horses after their racing careers ended,” explains Monica.