What To Do When Off Your Horse
By Pam Gleason, Photography by Gary Knoll Every winter, Aiken attracts a growing crowd of visiting horse people. Some come here for foxhunting; some for eventing; some for the horse shows or to train for combined driving, racing or endurance. Whatever the discipline, they are all attracted by the same things: good footing, great weather, and the company of like-minded horse people. Come for a weekend, a week, a month or more, and you become a part of Aiken’s revived Winter Colony, a centuries-old tradition of seasonal visitors who enjoy the outdoors, and often fall in love with the city’s unique charms and assets.

Aiken’s downtown shopping district is one of the city’s greatest charms. The intersection of Laurens Street and Richland Avenue near Hotel Aiken is, for all intents and purposes, the center of the city. Most of the streets in this area are wide boulevards with expansive median strips filled with an assortment of trees, bushes and flowers. When the plan for Aiken was created by a pair of engineers in 1834, the streets were made exceptionally wide with carriage traffic in mind. The engineers, a Harvard-educated young man named Alfred Dexter and a young Philadelphian named Cyril Ouvier Pascalis, envisioned a city where coaches pulled by six horses would have no trouble making U-turns. They filled the medians with trees so that the horses coming from opposite directions would not have to meet head-on, and so would be less likely to spook. Aiken was also intended to be a health resort, and plentiful trees were considered to be a prerequisite for healthy air.

Aiken has done a remarkable job of keeping the downtown parkways green and flowering. The city has its own park commission, whose mission is to “protect, preserve and enhance all the city’s passive parks . . . to maintain the beauty of Aiken for the present and future enjoyment.” Over the years, there have been many different private and public partnerships to plant trees and flowers and to maintain the city’s landscaping. In 1877, the dentist Dr. B. H. Teague planted 600 elms and water oaks in the city. In the 1880s and 1890s, Henry Dibble, who was the Michiganborn president of the Bank of Western Carolina, planted an avenue of live oaks to shade and beautify his commute from his home in the Vale of Montmorenci to the bank. Many of those trees still arch their branches over South Boundary. In the 1940s, the Aiken Park Commission planted 1500 flowering dogwoods and redbuds along the parkways. Today, the city employs a fulltime arborist (Tom Rapp, who has held that position for over a quarter of a century) and, for 29 consecutive years, has been designated a Tree City by the Arbor Day Foundation’s Tree City USA program.
______________________________________________________________________________ 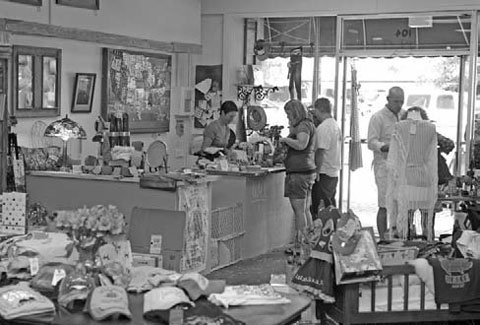 Laurens Street is Aiken’s main commercial area. The Aiken Downtown Development Association works closely with the City of Aiken to keep the downtown area vibrant, beautiful and prosperous. The street is lined with many historic buildings, most of which are filled with privately owned, unique shops and boutiques. If you are looking for horse-themed gifts and clothing, you can stop in at shops such as Equine Divine or Aiken Dry Goods. Equine Divine features artwork, clothing and jewelry, as well as beautiful riding boots that can be custom fit to order. Aiken Dry Goods has an eclectic assortment of fashions and décor items, as well as a full La Martina polo equipment store in the back. Looking for a hat for the steeplechase? Check out Folly. Need some quality menswear? Lionel Smith might have it.

If you enjoy learning about history, you will definitely want to visit the Aiken Thoroughbred Hall of Fame and Museum, housed in a converted carriage house in beautiful Hopeland Gardens on Dupree Place off Whiskey Road. The Hall of Fame, which was named the 2012 Best Equestrian Attraction in South Carolina by the Official Best in Destinations Across the Country, houses photos, trophies and mementos of 39 racing champions that were trained or spent some part of their racing career in Aiken. These horses include Swale, who won the Kentucky Derby and the Belmont Stakes in 1984; and the immortal Kelso, who was Horse of the Year for four consecutive years from 1960 to 1964 – you can even see a set of his shoes. Other attractions are permanent exhibits, such as one honoring Pete Bostwick, the famous polo player, racehorse trainer and steeplechase jockey. There are also regular special exhibits, most recently one of the artwork of Lynn Carlisle, a talented local painter of horses and dogs who died tragically last spring. (www.aikenracinghalloffame.com)

After visiting the museum itself, be sure to take a stroll through Hopeland Gardens. These are some of the most beautiful gardens anywhere, with an interesting and diverse assortment of native and exotic plantings, as well as some spectacular and immense old trees – deodar cedars, live oaks and magnolias. Hopeland was owned and the gardens were created by Hope Goddard Iselin. Mrs. Iselin, born in 1868, was known as “the great lady of racing.” She had horse racing stables in England and the United States, and was also an active sailor who was the first women ever to crew in the America’s Cup yacht race. Upon her death in 1970 (at the age of 102) she bequeathed the gardens to the City of Aiken.

Mornings in the Horse District

One of the special charms of Aiken is the fact that horses are considered so important that much of the downtown, residential horse district is unpaved, keeping it friendly for hooves and discouraging fast driving. Living or staying in the horse district will give you access to the complete Aiken experience. Depending on the time of year, you might see foxhunters, racehorses or sets of polo ponies trotting down the roads. Members of the driving set also frequent the area, and if you can hitch a ride on a carriage behind a four-in hand, you will get to see the historic district from a whole new perspective. You will also be high enough in the air to see over the walls of some of the more spectacular Winter Colony “cottages.” 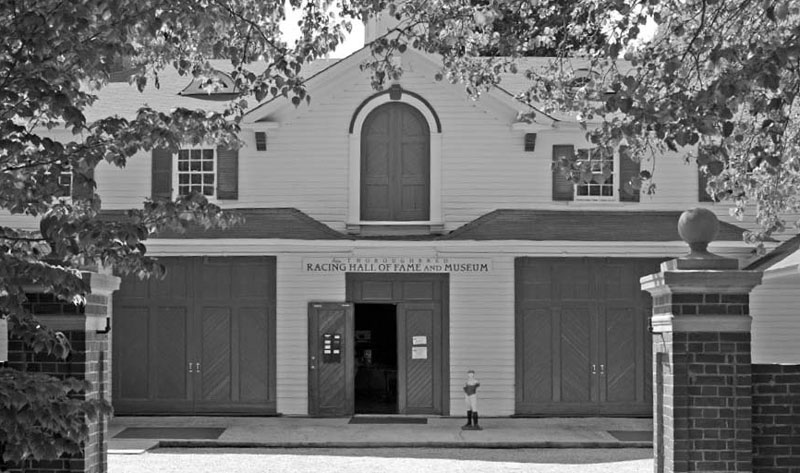 If you aren’t staying in the horse district, you should make it a point to go down and visit some morning. Get there early enough, and you can watch the young horses gallop at the Aiken Training Track. Spectators are allowed, but always remember that these are often very young, green and fractious animals, so you have to be careful not to spook them or get in their way. It is a thrill to be at the track in the early morning. This is especially true when you realize that some of the horses that you will see there may be destined for greatness – Aiken has sent more than its fair share of horses to the Triple Crown and Breeders’ Cup races. The atmosphere is casual, intimate and exhilarating.

After watching the horses work, head over to the Track Kitchen. This restaurant, run by Pockets ( James) Carter and his wife Carol, is a venerable Aiken tradition, serving bacon, eggs, pancakes, biscuits, cereal and unlimited coffee that you can pour for yourself right out of the pots in the kitchen. The Track Kitchen is in an unassuming building on Mead Avenue, just across from the Winthrop practice polo field and not far from the Aiken Training Track. Back when Aiken’s horse community was smaller, it was the place where everyone had breakfast, and if you didn’t show up one morning, your friends would worry and come looking for you. Now that the horse community is larger and more spread out, everyone is not at the Track Kitchen each morning, but there is a substantial population of regulars. Prominent visitors to the city often turn up there as well. On a recent morning this January, Governor Chris Christie of New Jersey was spotted having coffee there after watching the morning works at the track. It might not be the place to get a gourmet meal, and the ceramic coffee cups are mismatched and sometimes chipped (it feels as if they might have come out of your grandmother’s cupboard.) But pretty much everyone agrees that it is an experience that is not to be missed.

Aiken is a special place. Many horse people, coming here for the first time, remark that they feel instantly at home. Visiting Aiken to pursue equestrian activities is a tradition that dates back to the 1880s, and it is one that seems likely to last for many years to come. Of course, it can also be an addictive experience – just ask any of the regular winter riders, many of whom end up buying property here. Some come down to live full time. Whether this is your first time in Aiken or your 30th, if you spend some of your “off-horse” time getting to know the city a little you better, it will make your stay more memorable and you will come away with a deeper appreciation of what makes Aiken, Aiken.