When people in Aiken talk about the Triple Crown, they probably are not referring to the three jewels of Thoroughbred racing. Instead, they are more likely to be talking about the Aiken Triple Crown, three different equestrian events that take place on three successive Saturdays each spring. The action starts with The Aiken Trials, a day for young Thoroughbreds to race at the Aiken Training Track. Next comes the Aiken Steeplechase, a National Steeplechase Association sanctioned affair that takes over Ford Conger Field on the edge of the historic district. Finally, there is the Pacers and Polo match on Powderhouse Field, a polo game that benefits the University of South Carolina Aiken’s baseball team, the Pacers.

The Aiken Triple Crown has its roots back in the days of the old Winter Colony. In the early spring, when horsemen who came down for the winter prepared to pack up and move north again, they typically organized several days of competition in their various sports. The Aiken Horse show was one of the competitions. The others were mostly races – hunt races over fences, some for ladies only (the Diana Cup), flat races on the Aiken Training Track, races for mules and harness races on the Mile Track. There were also polo games, a polo pony show, dog shows, shooting competitions, and tennis and golf matches. Anything the Winter Colonists enjoyed doing over the winter could become a competition in the spring. 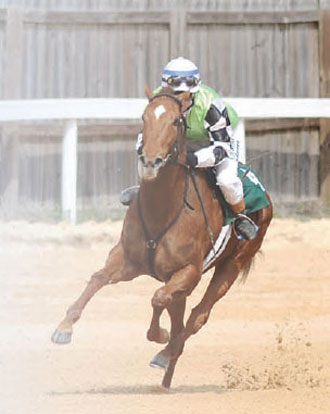 The Aiken Triple Crown itself came into being in 1971. In that year, the Aiken Chamber of Commerce teamed up with horsemen and supporters of equestrian events to establish the event. Originally, the Triple Crown included a card of harness races at the Mile Track (now McGhee’s Mile) on the first Saturday, followed by the Aiken Trials at the Training Track, and finishing with the Aiken Hunt Meet, which is now the Aiken Steeplechase. The idea was to bring the community together and give Aiken its own signature happenings. The first Triple Crown was a success, and the events soon became Aiken’s most important rites of spring.

This year, the Aiken Trials, which have been held every year since 1942, will be on Saturday, March 16 at the Aiken Training Track on Two Notch Road. The card calls for five races for 2-year-olds and maidens, and one race for older horses who are winners of a race. The young horses are generally animals that have been training at the track all winter long, and are taking their first racing steps in front of a crowd. Horses training in Aiken are very high caliber and often go on to run in some of America’s most prestigious races. This makes the event especially exciting. You can get closer to the horses at the Training Track than you can at a regular track, and you might get see a champion horse before he is famous. 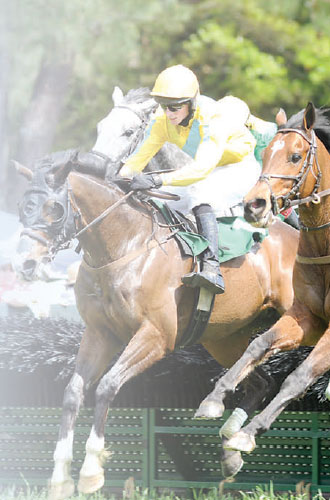 Tickets are on sale at the Aiken Training Track Website: www.aikentrainingtrack.com. The cost is $10 for general admission and $75 for the Winners Circle Pavilion tent party. There are also some other events surrounding the trials, such as the popular “Breakfast at the Gallops” on Wednesday, March 13. The breakfast itself is at the Track Kitchen, and attendees have the chance to meet some trainers and learn more about how Thoroughbreds are trained while watching them at their morning work.
Tickets are $20 and benefit the Aiken Thoroughbred Hall of Fame and Museum.

The Aiken Steeplechase is the most popular event of the Triple Crown events, although this was not always the case. In fact, back in the beginning, organizers considered providing a lancing tournament in the morning as an added attraction because the steeplechase “traditionally draws the fewest number of spectators.” The hope was that “people would possibly remain for the afternoon of racing.” (The Aiken Standard, January 26, 1972, page 8a.)

There are no such problems today. In fact, the spring steeplechase is generally packed. All the railside parking spots are reserved years in advance, and the only way to get one is to enter a lottery for the few spaces that may become available each year. There is a well-attended party in the tent near the finish line, and the infield is always crowded with spectators and parties. The infield also has a wide selection of vendors, as well as booths for various charitable organizations. Estimates of the crowd vary from 20,000 to 30,000 or more, making it easily the most popular equestrian event in Aiken. The main attraction is the card of NSA sanctioned races on the flat and over hurdles, featuring the Imperial Cup. There is also an annual carriage parade, put on by the Aiken Driving Club. 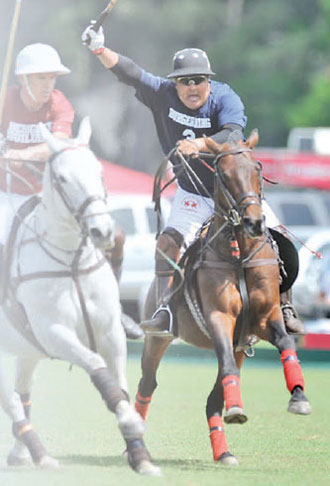 The Aiken Steeplechase is on Saturday, March 23 at Ford Conger Field at the intersection of Powder House and Audubon roads. Gates open at 9:30, with the first race at 1 p.m. General admission tickets are $15 in advance and $20 at the gate. Tickets to the guarantor tent are also available, as are tickets to the annual Spring Gala, held in the tent on the night before the races. For more information, visit www.aikensteeplechase.com or call 803-648-9641.

The third jewel in the crown, the Pacers and Polo match, is the first official polo game of the spring season, and will take place on March 30. The match is organized by the Aiken Polo Club at the club’s Powder House Polo Field, just across the street from the steeplechase. Usually, the game, which is at the 8-12 goal level, pits a team sponsored by Biddle Realty against one sponsored by Burger King, though last year, Designer Builders was a sponsor. An important benefit for USC Aiken athletics, Pacers and Polo generally attracts an enthusiastic crowd. This year, for the first time in a long while, the game does not conflict with the Aiken Horse Show in the Woods, and so is likely to be especially well attended.

Tickets are $8 in advance or $10 at the gate ($5 for children) and will be available from USC Aiken and at various places around town, such as All Star Rents, the Odell Weeks Center, and Floyd and Green. There is also a hospitality tent with an open bar and lunch catered by Outback Steakhouse. Tickets to the tent are $50 per person if you buy them between March 1 and March 15, and $75 per person after March 15. For more information, visit www.pacersports.com.