An interview with Michel Vaillancourt 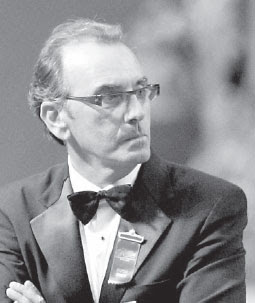 When Michel Vaillancourt was just 22, he won an individual silver medal at the 1976 Olympic Games in front of a hometown crowd in Montreal. Partnered with the 7-year-old horse Branch County, whom he had only ridden for three months before the Games, Michel earned his medal in dramatic fashion after a rain-soaked jump-off with the West German rider Alwin Schockemohle. Although Schockemohle had a perfect round and captured the gold, Michel was overjoyed with his finish.
After the 1976 Olympic Games Michel continued to represent Canada for several more years in the jumper ring. He rode the horse Crimson Tide to a team silver medal at the 1979 Pan American Games in Puerto Rico and then was part of the gold medal team at the 1980 Alternate Olympics, which were held in Rotterdam (Canada was one of the countries that boycotted that year’s Moscow Olympics.)
With the London 2012 Olympics only four months away, the United States Equestrian Federation’s Selection Trials for the show jumping team have concluded and a long list has been named. This seems like the perfect time for a discussion with Michel about the status of American show jumping and a look back at his career.
Michel pulls no punches when he says that there is trouble afoot on the American show jumping scene. George Morris, the current U.S. show jumping chef d’equipe, aired similar sentiments last November at the USEF’s open forum on jumping in Lexington, Ky. Michel is in a unique position to judge the health of the sport. Not only was he one of Canada’s top riders, he also went on to coach the Canadian team in the 1990s. Today he is one of North America’s leading course designers. 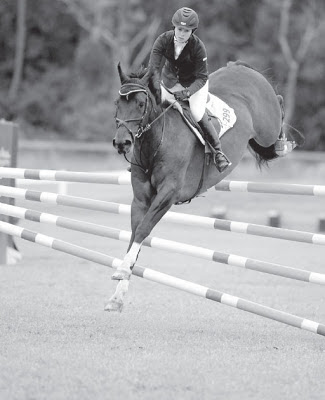 “The sport has changed dramatically since the Montreal Olympics,” says Michel. “Those games were the last time (until very recently) that we saw the really massive jumps – they were so high and so wide! The horses were different as well – American Thoroughbreds who were in many cases off the track. They had been bred to run and they were quick. They may not have been the prettiest jumpers, but they could get around the ring. Now we have the warmbloods from Europe – bigger, heavier horses that require a more aggressive riding style. That in turn has led most riders to have the same style.”
Michel recalls that when he first started show jumping, riding styles were so different from one country to the next you could tell the nationality of a rider by the second jump. Michel modeled his own personal style after his American heroes – Joe Fargis, Conrad Homfeld and William Steinkraus – riders who sat erect and had flair!
Nowadays not only are the American riders mounted primarily on European stock, but many of our top riders train and compete in Europe for a part of each year, which in turn leads to a weakened top echelon in shows at home.
“We have lost the elite tour we used to have. It started in Florida then moved on to summer shows such as Chagrin Valley (Ohio), Devon (Pennsylvania) and Lake Placid (New York). The indoor circuit would be in the fall (Harrisburg and Washington, to name two). These were the A shows and everyone went. The shows still exist and are still very popular, but perhaps some of them have lost a bit of their prestige because of the lack of depth at the top,” explains Michel.
“The numbers are not in the grand prix rings anymore,” Michel says. “Let’s say there are 1,000 entries at a show – maybe only 20 are in the grand prix. That percentage is skewed. The base is broader because of horse shows needing to make money, and they are trying to find a spot for everyone. We are rewarding mediocrity and not giving enough incentive to riders to try and be the very best.”
Michel has been asked to design courses at the top shows such as the Winter Equestrian Festival in Wellington, Fla and at Spruce Meadows in Calgary, but he must also be adept at designing 2’6” jumps for children’s hunter classes at smaller venues.
“There’s a lot of variety in my work, but what I have seen over the years is that there’s plenty of prize money out there for riders without them having to really strive for the top,” Michel says. “It used to be that if you weren’t good enough you packed it in or tried harder. But now there are rewards for everyone.”
The blame falls on many shoulders – horse show managers, trainers, owners, and even the riders. What worries Michel is that he doesn’t see anyone “taking the bull by the horns,” although last November’s USEF’s open forum was at least a start. He thinks that perhaps when Robert Ridland, the incoming chef d’equipe, takes the reins of the team, there might be some serious changes.
“I would like to see the sport controlled a bit more. We don’t have a strong enough governing body for our sport, which would in turn put stronger guidelines in place,” says Michel.
For his part, Michel is as passionate about course design as he was about riding and teaching. It was a natural progression and he laughs when he thinks about the times he was critical of a course as a rider. Now he’s the one trying to design the perfect course!


“Many people are interested in course design, but I believe that those of us who were riders really have an easier time picking up the skills,” he explains. “I’ve just come back from Wellington where, for the fourth season in a row, I was asked to be one of the course designers for the international arena. Each week belongs to a different designer, and it’s always a huge privilege to be there. You’d better sharpen your pencil before you go!”