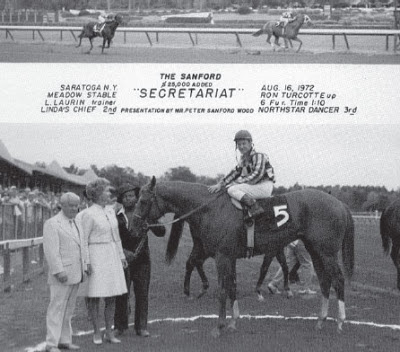 Last October, the Walt Disney movie Secretariat had a $12.7 million opening weekend and went on to gross just under $60 million. This made it the 58th highest grossing movie in the United States in 2010 – it made about 45 times more money than Secretariat himself did on the racetrack, although his lifetime stud fees were considerable.


Although it did not approach the box office gross of blockbusters such as the number one movie Toy Story 3 (which made $415 million), Secretariat was nonetheless a successful film that introduced a whole new generation to the big red stallion who was, by all odds, the greatest racehorse of our time.


The movie version of Secretariat's life may have been an entertaining tale, but those who know a little bit about his real story may have been bothered by the things the movie glossed over or left out. For instance, we meet Secretariat and see him getting his start in life as an underdog of sorts, but what about Riva Ridge, the racehorse just a year older than Secretariat that was also bred by the Chenery family and also born at The Meadows in Virginia? When Secretariat was a 2-year-old, Riva Ridge was winning the Kentucky Derby and the Belmont Stakes, and yet his name never comes up in the movie. Of course the Disney version had to simplify things for a wide audience, but wasn't Secretariat’s real history even more compelling than the one presented on the screen?


Fans of Secretariat who are sticklers for the truth will be much happier with the book Secretariat’s Meadow, written by Kate Chenery Tweedy and Leeanne Meadows Ladin. Kate Chenery Tweedy is the daughter of Penny Chenery, the owner of Secretariat (portrayed by Diane Lane in the film.) Kate was a teenager when Secretariat was racing, and, although she was certainly not involved in his everyday life, she does provide an inside perspective that is lacking in most other books that celebrate the great Triple Crown winner. In fact, according to the book's promotional material, this is "the first and only Chenery family account of events." The book includes a foreword by Penny Chenery, and over 200 pictures from her private collection, many of which have never been published anywhere else.


The idea for this book was conceived in the spring of 2007, just after Penny Chenery sold Disney the rights to her life’s story. At that time, Kate Chenery Tweedy began her collaboration with Leeanne Ladin, a freelance writer and owner of Free Rein Writing in Virginia. Their goal was to set down the history of The Meadows, the Virginia Thoroughbred farm where Secretariat was born and where he first learned to run.


Accordingly, a good two thirds of the book are about the farm and Chenery family history. It starts at the beginning, when the British first took the fertile land from the Yunngamund and Pamunkey tribes in 1607. It goes on to tell the story of how Penny Chenery’s ancestors acquired the land, and how their fortunes were affected by the events of American history – the Civil War and various "panics" and depressions. 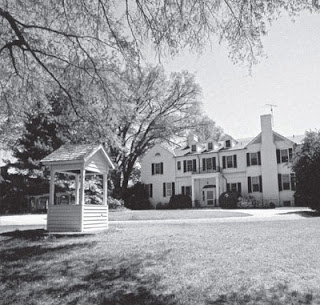 The most compelling part of the book is its portrait of Chris Chenery, who was Penny’s father, (and referred to throughout the book as "my grandfather.") Although Chris Chenery visited his grandparents' farm when he was a child, he did not live there. His father, Jimmy Chenery, scrambled for a living in various cities, and Chris grew up impoverished, but highly driven and ambitious.


"My grandfather, Christopher T. Chenery, spent his life pursuing two great passions. The first was making money and providing financial security for himself and his loved ones. The second was horses." And he would be successful in both pursuits, first striking it rich in securities, then in Thoroughbred bloodlines. He made his first million in 1928, and, unlike many other 1920s millionaires, he didn't go from riches to rags when the stock market fell in 1929. His fortune was in utilities and people don't stop needing the water company when they lose their jobs.


In 1936, at the height of the Depression, he returned to Virginia and bought the Meadows, which had been sold out of the family 24 years earlier. He also bought horses. First they were polo ponies and foxhunters, because he was an active, sporting sort of man. Then he suffered at heart attack at the age of 50, which curtailed his activity. So he turned to racehorses. He transformed the Meadows into a Thoroughbred breeding and training farm, and got lucky right away. He October-November 2011 The Aiken Horse 73 had an eye for a horse and he was friendly with people in high places, people like Arthur Hancock, the owner of Claiborne Farm in Kentucky, who would give him access to some of the best bloodlines in the sport.


The Meadows, states the book, was an empire founded on broodmares. The first great broodmare was Hildene, a $750 bargain filly sired by Bubbling Over, the 1926 Kentucky Derby winner. Hildene was the dam of five stakes winners, including Hill Prince, who would be horse of the year in 1950 and wind up in the Racing Hall of Fame. Her next great son would be the 2-year-old horse of the year, First Landing. Hildene's granddaughter Cicada romped home first in the Kentucky Oaks for fillies, and many people thought she could have won the Derby – the only reason she wasn't entered was that her stablemate Sir Gaylord, another Meadows homebred, was slated to run in the big race. (Sir Gaylord, who was Secretariat's half brother, had to be scratched, after injuring himself in a workout the Thursday before the race.) By 1962, The Meadows had produced 31 winners and 16 stakes winners and it had won a full quarter of the races it entered. It also made a yearly profit, and had garnered purses in excess of $4.3 million. 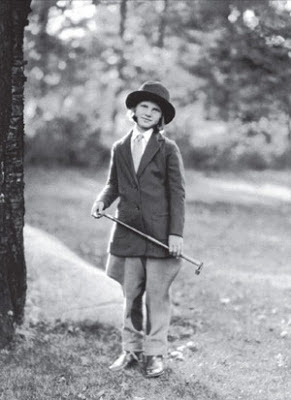 The book goes on to describe how Penny Chenery, who had always been an avid horsewoman, came to be in charge of her father's breeding and racing operation as he was sinking into ill health and senile dementia. It tells how Riva Ridge saved the day with his astounding racetrack success and his Derby win in 1972, making it possible for Penny Chenery Tweedy to campaign Secretariat rather than sell the farm and disperse the stock that year.

The book does not attempt to tell Secretariat's own story in detail – that has been done before in other books. In fact, it refers readers to William Nack's Secretariat – the Making of a Champion, the book upon which the movie was based. But it does have details you won’t find anywhere else. For instance, it includes interviews with the grooms who worked at the Meadows when Secretariat was a colt – African-American men whose names have rarely been cited, but whose expertise was instrumental in bringing up the young racehorses in the Chenery establishment. It also includes Kate Chenery Tweedy's personal recollections of Secretariat, both as a colt and as a racehorse, giving a sense of what it was like to be in the Tweedy family in those heady days in the early 1970s.


Chris Chenery died on January 3, 1973, before Secretariat's Triple Crown year. As was shown in the movie, Penny Chenery had to syndicate the colt that winter to avoid selling him outright. Her father’s will left no provisions for anyone in the family to continue the breeding and racing operation at the Meadows. Secretariat was retired to stud at Claiborne Farm after his 3-year-old year – Riva Ridge went with him. The Meadows was sold in 1978, along with the remarkable broodmare band. After going through several owners and falling into disrepair, the grand old farm was finally purchased by the State Fair of Virginia and is now The Meadow Event Park. New buildings have been constructed, but some of the old stables were restored, and the new park which holds various types of events, is now a monument to the farm's equestrian history and the future site of the Museum of the Virginia Horse.


Lovers of history and horse racing will appreciate Secretariat's Meadow.