Story and Photography By Gary Knoll 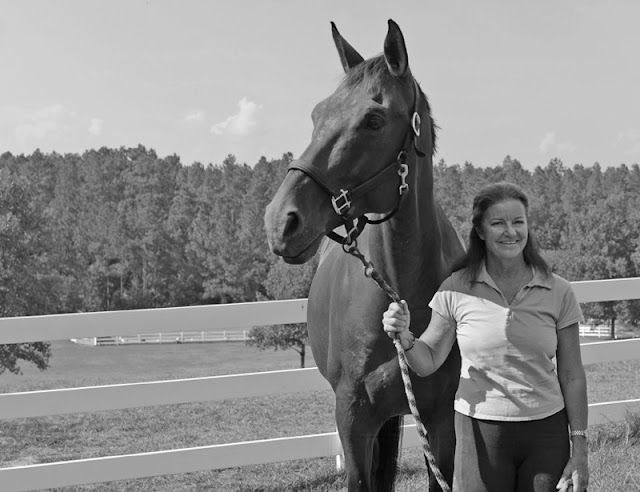 After you make the final climb up the hill on the Quintynne Hill Farm driveway, the first thing you might notice is how different the land looks on the other side. All along Coleman Bridge Road on your way to the farm outside of Aiken, you pass hundreds of acres of flat fields: horse farms, huge cotton fields and polo fields. Quintynne Hill Farm is not flat – it looks like Pennsylvania, with rolling hills, and meadows ringed by trees.


Toi Trent and her husband Sandy own Quintynne Hill Farm. Toi is from Aiken, but she and Sandy were away from the area for several years because Sandy's job with the DuPont company took them to New Jersey, where they lived near the Pennsylvania border. Toi had always loved horses. She had never really had the chance to be around them very much, but she was always thinking about them. While they were living in New Jersey, Sandy convinced her to take the opportunity to get involved with them. She started volunteering at the New Jersey Equestrian Center, cleaning stalls, feeding and caring for the horses that lived there, and eventually taking riding lessons. It wasn’t long before she realized she wanted to take up eventing. She got a part time job working for Johanna Glass at her farm in Pennsylvania, caring for horses and taking lessons there. Then she purchased her first horse, Royal Circus, from Denis Glaccum. She fell in love with the idea of becoming a horseman.


When Toi and Sandy returned to South Carolina in 1988, they knew they wanted to move back onto a farm.


“"We immediately started looking for a farm," says Toi. "We knew we wanted something that looked like Pennsylvania because we fell in love with the terrain there. Wherever we bought, we knew we wanted it to be hilly and full of trees. We found 50 acres of woods on Coleman Bridge Road that seemed perfect. We started clearing to build a house and a barn where we could take in boarders who could also enjoy our new space."


"When I first started having shows here, we would have as many as 40 or so riders," she says. "People would come to our schooling shows to practice for the bigger, more formal shows. There were not that many other shows in the Aiken area back then, and there was a real need for a place to go and practice all the things you would need to know to compete in either dressage shows or three day events." 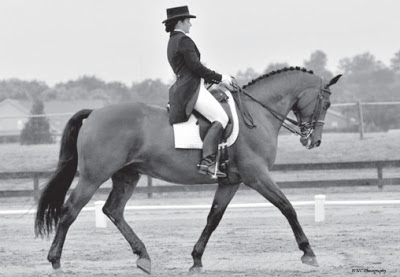 As the years passed, the shows started attracting more and more riders. "In the late 1990s it was not uncommon to have as many as 100 riders participating in one of our schooling shows," she says. "When we started having shows here it seemed like most riders were using our show as a chance to get ready for a bigger recognized show. I’m not sure when it changed, but now it seems like a larger number of riders are here competing because it's so much less pressure than a big recognized show, and they are happy competing in just the schooling shows."


In her own riding career, Toi decided that she would rather concentrate more on dressage and less on combined training. In 1996, she took her first dressage clinic with Charles de Kunffy, a famous clinician, instructor and judge.


"Charles is a extremely articulate instructor; he is a true educator," says Toi. "His clinic taught me how to train my horses using a systematic program, and how to listen to and learn from my horses. Horses can teach us lessons in the virtues we need in our daily lives − responsibility, self awareness, trust, self control and patience."


In 1998, Toi completed a dressage instructor program taught by de Kunffy and started implementing his principles in her own teaching style. Today she has about 10 students working with her, and enjoys helping them to become well-rounded horsemen as well as better riders. She also has several of her own horses in training and is competing regularly up and down the East Coast. In 2006, she was working with JJ Tate, a trainer from Maryland, and competed one of her horses, Wjedro, at the Prix St. Georges level. "We accumulated enough points to win the USDF Silver Medal," says Toi. "And I also rode another horse, Jordan to a Bronze Medal."


"I’m working very hard to be prepared for the USDF Regionals in Lexington, Virginia," she says. "I’ve already qualified and hope to do well."


In addition to running schooling events at her farm, Toi has remained active in the promotion of her sport, and currently serves as the president of the SCDCTA.


"I love being a part of the SCDCTA," she says. "I believe in our goal of making quality competitions available to everyone who is interested. I encourage everyone who has ever thought about competing at a dressage show or a combined training show to come and join our association or participate in one of our schooling shows. I’m sure you will enjoy it."