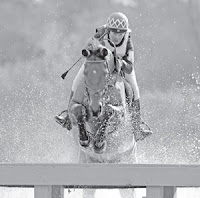 Aiken's winter eventing season was another successful one, with ten United States Equestrian Federation/United States Eventing Association recognized horse trials and an equal number of unrecognized events and combined training competitions taking place in the Aiken area between January 15 and March 20. As in years past, many horses and riders came from the Northeast and the mid-Atlantic to train, school and compete on Aiken's sandy soil.


In addition to all the recognized competitions, there was also a series of formal training sessions for riders on the USEF High Performance and Developing Rider lists. These sessions were held at Three Runs Plantation. Some of the top riders in the country were on hand to receive coaching and training from Captain Mark Phillips, the chef d'équipe of the U.S. eventing team, and Katie Monahan Prudent, who is the show jumping coach for the team. This year, riders on the High Performance list are hoping to compete at the 2011 Pan American Games in Guadalajara, Mexico. 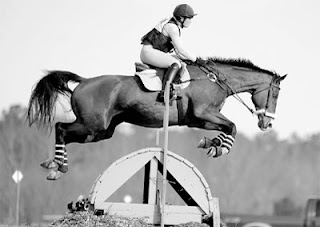 Although a few of the scheduled early schooling trials in Aiken had relatively low attendance, the recognized horse trials were often bigger than ever. The Sporting Days March Horse Trials from March 4-6 had almost 400 horses entered at levels from Tadpole through Preliminary. The Paradise Farm Horse Trials also had a large number of entries – and was blessed with perfect, sunny weather. Full Gallop Farm held three recognized events from February 2 through March 13, with levels going from Beginner Novice through Intermediate. Intermediate is the highest level of eventing offered in Aiken, although there are Advanced trials at Pine Top in nearby Thomson, Ga. All of the recognized events saw their share of upper level riders, along with numerous amateur riders and Aiken-based professionals.
By April, the traveling upper level riders have mostly left town, in pursuit of points and experience at horse trials up and down the East Coast. But eventing itself is in Aiken all year, with an increasing number of event riders coming to live here full time. There are also training, schooling and competing opportunities here year round. The winter season brings a certain energy and level of excitement to Aiken's eventing world. When that season is over, Aiken's year round eventers can go back to the serious work of riding and training, preparing themselves and their horses for one of the most challenging equestrian pursuits in the world.