Horses, History and the Hitchcock Woods 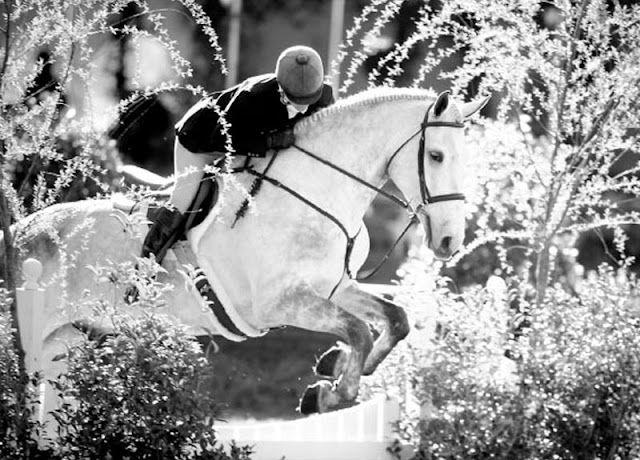 Perhaps there is no tradition more deeply rooted in Aiken’s equestrian history than the annual Aiken Horse Show in the Woods. Mrs. Hitchcock established the show in 1916 as a place to showcase the horses of Aiken’s Winter Colony. It was very successful and instantly became an annual affair. Not only was it an equestrian competition, it also became an important social event, and was as well known as a place to gather and enjoy an elaborate picnic under the trees as it was a place to show horses. Long wooden tables were laid under the pines and covered with white table cloths, meals were served on fine china and crystal, and spectators were attended by private butlers and wait staff. 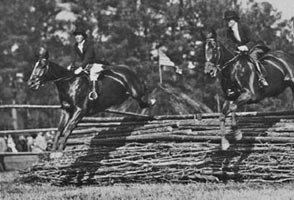 The classes at the shows reflected the makeup of Aiken’s equestrian community. The first shows featured in hand classes for polo ponies and unbroken colts, as well as classes for child riders, for hunter pairs, for qualified hunters and for steeplechase hunters. The last class of the day was always the most interesting. There were four jumps set in the ring, and the contestants had to jump a course over them twice. "No horseman was needed to judge the class, merely an expert timer," wrote Jimmy Cooley for The Aiken Bulletin in 1933. For speed was the first and last consideration, and the only thing that counted was the time elapsed. According to Cooley, this was a class that could not possibly have been on any programme except in that little forest encircled ring in Aiken. 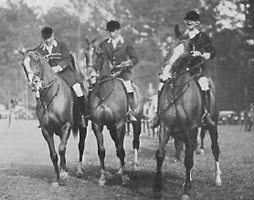 As time went on, the classlist evolved. Mrs. Hitchcock added lead line classes for small children, in which all contestants got a ribbon. In the next division, for children mounted on ponies of 13 hands and under, there were no consolation ribbons "so as soon as children graduate from the lead-rein they begin to learn to be good losers," wrote Mrs. Hitchcock. Classes for older children grew so large it took all morning to finish them. Family classes were instituted and became quite competitive — the Hitchcocks often won, mounted on their trademark chestnut Thoroughbreds. The polo pony classes grew so large that for a time, they were removed from this show and had to have their own show. Some years, the horse show was so big, it started as early as Tuesday, and people referred to "horse show week" in Aiken. 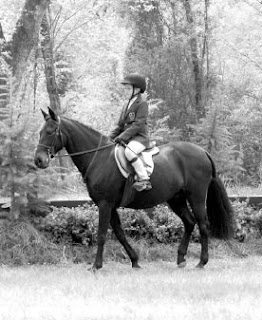 Today, the Aiken Horse Show in the Woods carries on the traditions started by Mrs. Hitchcock in 1916. A great deal has changed in the 95 years since these traditions started, but the ring itself has stayed substantially the same. In the fall, it is always seeded with rye grass, so that by the time of the show it is an oasis of emerald green, surrounded by tall, dark pines. Spectators still come to have their gourmet lunches under the ringside tent, and the event is still one of the social highlights of the season.

The classlist has evolved over the years, although it retains many features of an old fashioned hunter show that are hard to come by these days. There is still a family class, a class for hunter pairs and for hunt teams. Leadline classes and hunter classes for children are still a feature, as are a variety of classes for members of the local hunts. The polo pony classes and other in-hand classes are gone, however, as is that exciting final class of the day in which competitors jumped against the clock.

The judge of this year's show is Paul D. Cronin, who was the director of the riding program and the head instructor at Sweet Briar College in Virginia for 34 years. Sweet Briar College is a private liberal arts college for women founded in 1901 with a well-known and highly respected riding program. A number of members of the Aiken equestrian community attended Sweet Briar. Those who rode with Mr. Cronin remember him with a respect that borders upon awe.

There is little wonder. Mr. Cronin is one of the most distinguished old-school horsemen in America. He has had a long and successful equestrian career, training with Captain Vladimir Stanislavovitch Littauer (1892 -1989) for more than 30 years. Captain Littauer, who was a cavalry officer in Imperial Russia, was an early advocate of the forward seat, at the time a controversial school of riding. He came to America as a refugee after the Russian Revolution and eventually founded a riding school and wrote over a dozen books on horsemanship. In addition to Paul Cronin, his well-known students included Jane Marshall Dillon, Bernie Traurig, Diana Rankin and Walter Kees. Paul Cronin went on to win many prestigious awards from the United States Equestrian Federation and the United States Hunter Jumper Association. 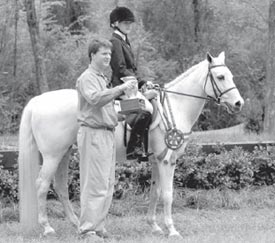 One of the unique aspects of the Aiken Horse Show is the Foxhunter division. In order to be eligible to compete in this division, riders must present a certificate from a Master of Foxhounds that they have actually gone out and hunted the horse that they are riding at least six times during the season. This division is, perhaps, the most hotly contested of the show. The winner of the Foxhunter Championship takes home the Arden Park Memorial Trophy and is honored each year on the cover of the next year's horse show program as well as on the cover of The Aiken Horse.


This article is copyrighted and first appeared in The Aiken Horse. It is reprinted here by permission.
Posted by Three Runs Plantation at Monday, February 14, 2011